Thought of the Day

In the end, we will remember not the words of our enemies, but the silence of our friends.

A Dutch physiologist and biologist who was the first to studied photosynthesis.

An American inventor best known for his key inventions of the Industrial Revolution, 'the cotton gin'.

An American author, journalist and cartoonist, who is well known for his cartoon characters and short stories.

An American film director whose works include Conan the Destroyer and Soylent Green.

This day in History

The first heavy-weight boxing championship is held in Kent England.

On national TV, Yeltsin announced the dissolution of the Soviet Union.

The USSR and U.S have agreed to cut the nuclear arsenals and destroy their missiles.

Man who made the difference 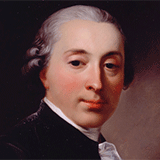 A Dutch-born British scientist and physician who discovered photosynthesis, was born on December 8, 1730 in Breda, Holland. He obtained his MD degree in medicine from the Catholic University of Louvain, (Belgium) in 1789. He was a man of various scientific interests. So he also attended some lectures given on electricity at the University of Leiden. In 1755, in London, he began his practice. In 1767, in Hertfordshire during an epidemic, he played a leading role and successfully vaccinates people against smallpox. He discovered the process of photosynthesis and found that plants need light for restoration. He discovered that the ability of plants to purify the air. He also explained that it occurred only when the green parts of plants were exposed to sunlight. In this experiment he kept plants in a transparent container underwater and observed them. He found that in sunlight the plant's leaves made bubbles. And after placing them in darkness they stopped this process. He also explained that only the green parts of the plant actually perform photosynthesis. This experiment led the discovery of the process photosynthesis. During this time he conducted about 500 experiments. The results of his experiments which were published by him are; Experiments upon Vegetables, on the Chemical affects of Plant physiology. He died on September 7, 1799, Calne, United Kingdom.