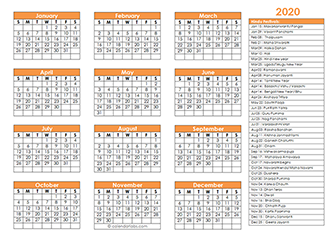 Download this printable 2019 Hindu calendar template with the list of religious Hindu festivals/holidays in one page yearly calendar sheet.
PreviewDownload