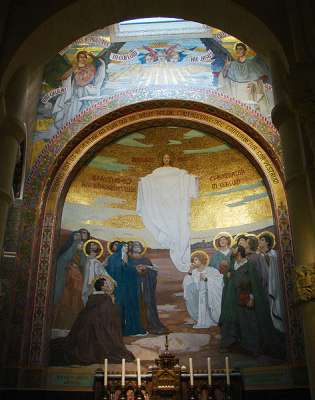 Ascension Day also known as the Feast of Ascension is one of the important Christian festivals celebrated in all over the world. This day marks the last appearance of Lord Jesus Christ to his followers after His resurrection at Easter.

Ascension Day falls on the Thursday, exactly 40 days after the Easter. The name "Ascension" comes from the accounts in the Bible where it is mentioned that the Jesus was taken up into heaven - He ascended. On this day the Christians celebrate the kingship of the Jesus.

It is believed that during the 40 days following his resurrection, the Jesus appeared to many of his disciples and told them that He would always be with them and promised them the gift of the Holy Spirit. After saying this, the Jesus was taken up into heaven and took his seat at the right hand of God.

List of National and Regional Public Holidays of Romania in 2023