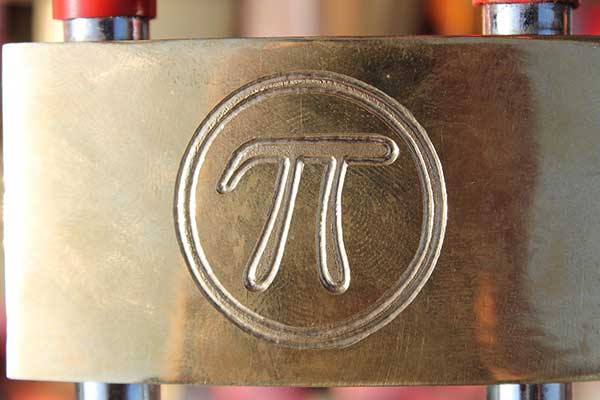 Pi (π) is a mathematical symbol representing the ratio of the circumference of a circle to its diameter. The ratio is approximated as 3.14, but it’s calculated to over one trillion digits beyond the decimal point. Pi (π) is a vital key in Mathematical geometry and equations. The surface area and perimeter of circular objects depend on the symbol for accurate results. Observed on March 14th, National Pi Day is an opportunity for Math enthusiasts to showcase their love for numbers. National Pi Day should however not be confused with Pi Approximation Day observed ion June 22nd or Two Pi Day marked on June 28th.

According to historians, the first person to calculate pi was Archimedes of Syracuse. He was one of the ancient Greek mathematicians of the world, and he lived in the 3rd century. Archimedes used the Pythagorean Theorem alongside two regular polygons to calculate the area of a circle. Archimedes approach was theoretical, and it showed that pi was between 3 1/7 and 3 1/10. The use of Pi was popularized in the 1700s by William Jones and Leonhard Euler.

Pi (π) has a rich history. Various ancient civilizations have been linked to the calculation of the Pi (π). Among them are Egyptians and Babylonians. Babylonians determined the area of a circle by squaring the radius and then multiplying it by three. This gave a value of 3 which is a close approximation to pi. For the Egyptians, they would calculate the area of a circle by a formula that approximated pi as 3.1605.

Pi is also biblical. In the Old Testament, (1 Kings 7:23), a circular pool is said to be 30 cubits around and ten cubits wide. This again gives the value of pi as 3 or thereof.

The first records of National Pi Day are traced in 1988 in San Francisco. The day was meant to draw attention to the STEM fields (science, technology, engineering, and math.) The celebrations were organized by physicist Larry Shaw, who led the public in marching around circular spaces and consuming fruit pies.

On March 12, 2009, a non-binding resolution was passed by the US Congress where March 14th was officially recognized as the National Pi Day. The entire month of March is also observed as the National Pi month. The date was chosen since it coincides with the first three significant digits of pi which are 3, 1 and 4. Interestingly, Albert Einstein’s birthday also falls on March 14th.

How to Celebrate National Pi Day

You can observe National Pi Day by eating pies and other circular treats. Pi and pie are English homophones, and the coincidental circular form of pie makes it the best treat of the day.

If you love Mathematics, mark the day by holding a pi memorization contest with friends. Although pi can be calculated to infinite numbers, figure out who among your friends can recite most of the numbers as they follow each other. Google has a training app for the same to help you in the contest.

Another great way to mark this day is by celebrating Albert Einstein’s birthday. You can attend celebrations in Princeton, New Jersey where a major event to mark the pi day and Einstein’s birthday is held. Some of the Pi Day activities you can take part in during the event include dressing like the Nobel Prize winner. If declared the winner of the Einstein’s Look-Alike contest then you will be lucky to go home with a great award. The German-born theoretical physicist lived in Princeton for 20 years while working at one of the institutes there.

You can also dazzle your friends by posting a pi-themed trivia on social media. Remember to share with them the practical problems in real life that pi help us solve. Spread all this enthusiasm using the hashtag #NationalPiDay.

- In the 18th century, Pi (π) was proved to be an irrational number. This means that it is decimal representation is infinite and never repeats.

- Lu Chao from China holds the World Record for memorizing the first 67,890 digits of the Pi (π).

- Only the first 39 digits of Pi (π) are required to give an accurate answer of any Pi (π) mathematical problems.