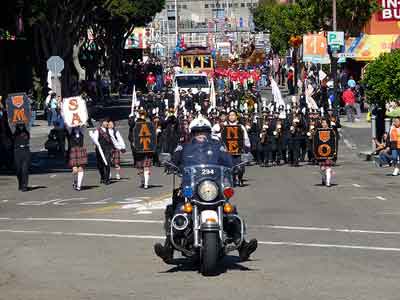 Celebrated in most states of the United States, Columbus Day is a federal holiday to remember the arrival of Christopher Columbus in the country. Christopher was an Italian explorer who is believed to have discovered America in October 1942. Columbus Day is observed on the second Monday in October and falls on the same day as Thanksgiving Day in Canada. As a federal holiday, most government offices remain closed.

Christopher Columbus was born in Genoa, Italy in the year 1451. Although Columbus had very little formal education, he was a dedicated self-taught man who defeated all odds to become one of the greatest explorers in the world. By the time he was 32 years of age, he had already been promoted to the position of a chief mariner while working with the Portuguese Merchant Service. The Columbus Day meaning is derived from explorer Christopher Columbus victory as the first man to discover North America.

Columbus Day has been observed as early as 1792. According to historians, Christopher Columbus, was the first to discover America. King Ferdinand of Spain who had hoped to sail to India sponsored that expedition. Columbus set off with three ships namely the Nina, The Santa Maria and The Pinta. He had intended to take a western sea route to China, India and the Islands of Asia. However, due to the unreliable geographical calculations those days, he found himself in the Bahamas two months later.

The first Columbus Day was celebrated in New York on October 12, 1792, to mark the 300th anniversary of Christopher's discovery of America. The day was also observed in 1892 after President Benjamin Harrison called upon all people to celebrate the 400th anniversary.

Many people have argued that Columbus should not be honored but rather condemned for his actions. They say that it is because of Columbus that the European settlers landed in America leading to colonization, slave trade and the loss of history and culture of the native people of America.

Which States Do Not Celebrate Columbus Day?

Although Columbus Day is celebrated in major part of the United States, some states do not take part in the celebrations. These include Hawaii, South Dakota, Oregon, Vermont, and Alaska. Instead, they celebrate the day with an alternative holiday. For instance, Hawaii observes it as Discoverer's Day, Vermont calls it Indigenous Day while South Dakota celebrates Native American Day.

How Columbus Day Is Celebrated?

Some of the Columbus Day traditions observed on this day include lessons about Christopher Columbus and his voyage. The celebrations are incomplete without traditional dances and a taste of the Italian-American heritage such as street fairs with colorful costumes, Italian music, and food. For states that do not recognize Columbus Day, the activities of the day include powwows, lessons about the indigenous American culture and traditional dance events.

The hashtag #ColumbusDay is used on social media to mark this day. You can, therefore, use it to send Happy Columbus Day messages to family and friends. Similarly, you can celebrate this holiday by attending or watching one of the community's Columbus Day parades. New York City holds the largest parade in the US. You may also take advantage of the Columbus Day Sales to treat yourself to some good Italian food such as Pizza, Lasagna, and Bolognese. If you love working with kids, give them a chance to become explorers by hosting a scavenger hunt.

Who Gets The Day Off On Columbus Day?

Columbus Day is a public holiday but not a day off in some parts of the United States. Most government offices and banks close on this day. However, a majority of shops remain open especially in the states that do not observe it as a public holiday. Although schools and post offices are not required to close on this day, it is good to check with your institution to be sure.