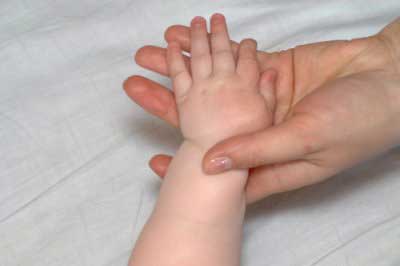 Mother's Day celebrates motherhood and the contribution of mothers in society. The holiday is celebrated worldwide as an international day. The International Mother's Day is observed on the second Sunday in May every year. It is often marked by people sending Mother's Day gifts and cards to their mother figures.

Anna Jarvis, also known as the mother of Mother's Day, held a private Mother's Day in 1907 as a memorial to her late mother. Anna launched a campaign for Mother's Day to be widely recognized, a quest that was financially supported by a clothing merchant from Philadelphia by the name John Wanamaker.

In 1908, Anna Jarvis organized and gave a sermon at the Andrew's Methodist Episcopal Church in Grafton, West Virginia. More than 400 kids and their mothers attended this service. Today, the church is a National Historic Landmark and has become the International Mother's Day Shrine.

In the years that followed, Anna's compassion for motherhood was evident as she campaigned for the recognition of Mother's Day, a national holiday in the US.

On May 8th, 1914, her efforts bore fruit after President Woodrow Wilson signed a joint resolution that designated Mother's Day USA to be celebrated on the second Sunday in May.

How Is Mother's Day Celebrated?

Mother's Day in the USA has been commercialized in a big way. In fact, it is ranked position three after Christmas and Valentine's Day. People make an effort to treat their mothers and sending them Mother's Day flowers with sweet messages. Some of the popular Mother's Day gifts you can give to your mother figures include a day at the spa, cards, chocolate, jewelry, and clothing.

You can also take your mom out for dinner or lunch, but be sure to book a spot well in advance. Most restaurants are usually filled to the brim on the mother's day weekend as kids don't want their mothers to cook on such a special day. It will not be a wonder if you receive breakfast in bed on this day. It is a common trend for husbands and children to treat their special mother.

If you can not afford to give your mother figure a treat on this day, a simple phone call wishing her a happy Mother's Day will suffice. Better still, offer to clean or de-clutter the house for them.

Mother's Day Traditions across the World

Besides being marked on different days, versions of Mother's Day traditions vary from one country to another. In Thailand, Mother's Day is observed in August, which happens to be the birthday of Sirikit, the current queen of the land.

As for Ethiopia, the Mother's Day is marked by a large feast and families singing songs to praise motherhood. This day is commonly known as Antrosht.

Mother's Day in the US and many other countries is seen as a time to launch feminist causes. For instance, in 1968, the wife of Martin Luther King Jr. used the day to host a march that would support underprivileged women and children in society. A similar movement was used in 1970 to highlight the need for equality for all and access to childcare.

Mother's Day is an international holiday but observed on different days across the globe. Most countries mark the day on the second Sunday in May. However, the UK and Ireland observe it on the fourth Sunday in Lent. For the majority of Arab countries, Mother's Day is on March 21st every year. On the other hand, most East European countries celebrate the day on March 8th.