When is National Drink Wine Day in 2023? 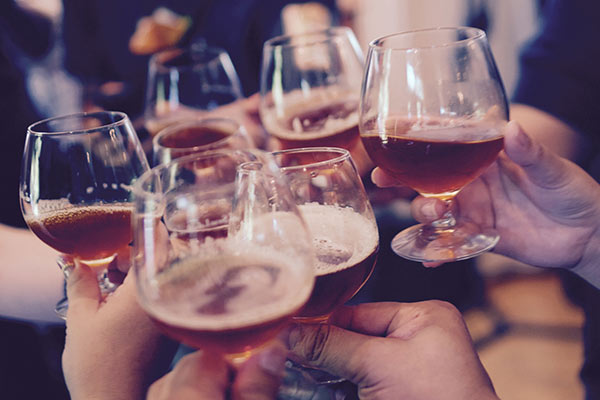 The history of National Drink Wine Day is unknown. However, winemaking itself has a rich history. Archeologists trace making of wine to around 7000 BC.

Chinese, for instance, are believed to have used wild mountain grapes to make wine. The drink was part of the trade between Egypt and Canaan since the wine was a vital religious element. In the 800 BC, Greeks perfected the art of winemaking, and soon it became a symbol of religion, trade and good health. For the love of wine, the Greeks named one of their gods Dionysus.

In 380 AD, Catholicism was adopted in the Roman Empire. The wine then became an essential part of the Catholic sacrament, and this led to the widespread cultivation of grapevines. Catholicism soon spread across Europe, and so is the art of wine production.

The wine was well established in Europe by the middle ages. The beverage was then introduced to America by missionaries in the 16th century. Although grapevines were imported to the US, winemaking didn’t take off quickly because of the native people’s Puritanical roots.

Wine production in the US took a significant turn after Thomas Jefferson brought some grape cuttings to Virginia hoping that they would create an American wine variety of better quality than that in Europe. Drastically, the idea was embraced by the public, and the American wine industry was established.

Today, wine is enjoyed across the globe. In the US alone, over 900 million gallons of wine are consumed every year.

It’s National Drink Wine Day, so take a glass and cheer to the rich taste of wine. Whether you prefer red or white wine, this is a day to drink wine without feeling guilty about it. You can also invite a few friends and family members to mark the day in style.

You can also take the opportunity and go wine tasting. As a national holiday, various vineyards are likely offering wine tasting to the public. You can tag a friend along and get to experience the taste of different wine varieties.

Checking into your favorite bar can also be a great idea. Most restaurants run National Drink Wine Day special offers and discounts to wine lovers. Take it as a chance to sample a variety of wines at discounted rates.

As you get to enjoy your glass of wine, don’t forget to wish your friends a Happy National Drink Wine Day on social media via the hashtag #NationalDrinkWineDay.

The wine has a lot of health benefits. When wine is consumed in moderation, it can significantly reduce the risk of diabetes, heart attack, liver disease, stroke and certain kinds of cancers. The wine has also been proved to lower bad cholesterol in the body and boost the good one.

We also celebrate wine because of its unique and rich history. The oldest archeological evidence traces winemaking to 7000 BC. However, some historians argue that there is a possibility that wine production started even earlier. Indeed, no beverage has enjoyed such presence across civilizations as wine.

Other remarkable contributions of wine to history include its role in Ancient Egyptian ceremonies, the recognition of Dionysus as the god of wine by the Greeks and the Jewish ritual of using wine in religious practices which were later adopted by Christianity and used up to date.