When is National Chicken Wing Day in 2023? 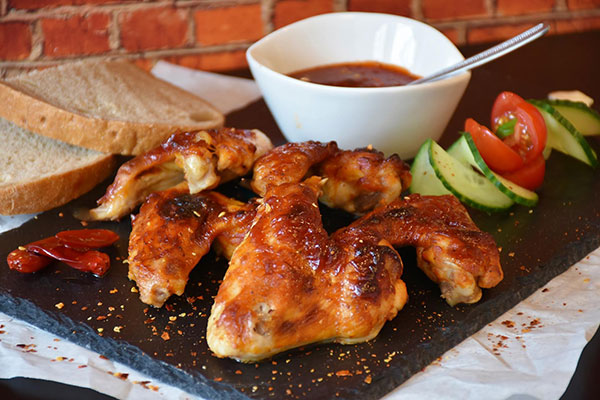 It might sound weird, but an average American eats about 290 wings every year. Today, chicken wings are not just popular as part of a meal but as a snack too. Just dip them in some sauce, and you will be craving for more the next minute.

What is the history of Chicken Wings?

Chicken wings have their roots at the Anchor Bar and Grill in Buffalo, Newyork. Teressa Bellisimo would serve chicken wings to his college son and friends at the bar in 1964. Soon, the popularity of the wings and its recipe spread like bushfire. Initially, the chicken wings would be fried and then tossed in a spicy sauce. A side blue cheese would be served to help cut on the heat of the sauce. Today, chicken wings are prepared differently in various parts of the world. Over recent years, chicken wings have gained popularity, and over 27 billion wings are consumed every year in the US.

When is National Chicken Wing Day?

Chicken is white meat and a great source of lean protein. It’s packed with vitamin D, which regulates our digestion and boosts our immunity. You can eat the wings as part of your main meal or a late-night snack with your favorite sauce. Celebrating National Chicken Wing Day, therefore, gives you a chance to eat healthy food.

Things to do on National Chicken Wing Day

National Chicken Wing Day is a time to indulge in some chicken wings. It is an excellent opportunity to grab some free chicken wings in most bars and restaurants in your local area. Usually, customers are required to make certain kinds of purchases and then granted free wings. So, don’t let the deal slip by, take advantage of it.

You could also organize a chicken wing party at home. You just need to invite friends and loved ones and put your culinary skills into the test. Be sure to try out various recipes and have fun preparing them.

If you are looking for a more thrilling experience, then a chicken wing eating contest might be for you. Some restaurants organize these competitions and ask chicken lovers to register for participation. Try to check out for such contests and have fun eating free wings with an opportunity to win some prizes.