When is National Burrito Day in 2023? 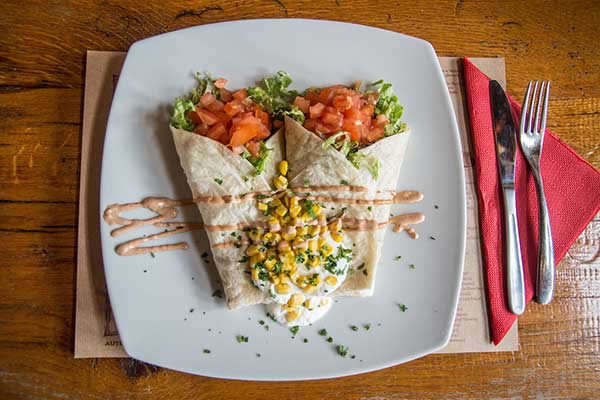 A burrito is a type of tortilla. It is wrapped around shredded meat, cheese, rice, beans, vegetables, and sauces. The vegetables can either be used fresh or grilled. Burritos are highly spicy to give them an authentic Mexican flavor. As a way to commemorate burritos as a culinary fiesta, the National Burrito Day is observed on the first Thursday of April.

No one knows the origin of National Burrito Day. However, burritos as a treat have a rich history.

The word burrito first appeared in Mexico in 1895. The word referred to a little donkey in Spanish and was used in the Guanajuato region of Mexico. The term burrito was adopted due to the tortilla’s similar appearance to the packs carried by donkeys in that area. In other regions of Mexico, burritos are referred to as flauta.

Ancient Mexicans would make tortillas and fill them with beans and vegetables as early as the 16th century. For a long time, burritos remained an authentic Mexican treat only available in Mexico. Burritos were however introduced in the US in the 1930s. The first restaurant to serve this tortilla in the US was El Cholo Spanish Cafe in Los Angeles. In 1956, the first frozen burrito was made in Southern California.

Contrary to the US burritos, Mexican burritos are thin with only a maximum of two ingredients, the most popular being beans and meat. On the other hand, the Americans make big burritos and fill them with a variety of ingredients among them meat, sauce, cheese, and vegetables.

How to Celebrate National Burrito Day

National Burrito Day is a great time to host a party and enjoy burritos. Invite friends for dinner and provide burritos in a variety of fillings. You can make the party livelier by incorporating other Mexican authentic foods and drinks such as tacos, tequila, and the margarita.

You can also gang up with your family and hit up a Mexican restaurant such as Chipotle or Taco Bell for an authentic burrito. You will not only get to appease your stomach but also support the local burritos businesses.

Another crazy yet exciting way to observe National Burrito Day is by going for burrito crawl tour. The tour involves hitting as many burrito restaurants around the city as you can. With unbelievable discounts by most restaurants, the only limit will be your stomach.

While you get to enjoy yourself, remember to wish your loved ones a happy national burrito day on social media via the hashtag #NationalBurritoDay

National Burrito Day inspires arguments. Everyone who loves burritos has an opinion on how a perfect burrito should look like. From whether burritos should contain rice, whether burritos should be filled with French fries to other provocative questions that trigger all sorts of opinions. Indeed, National Burrito Day is not just a celebration but a show too.

Burritos are a universally appealing food. A burrito contains all your favorite foods wrapped together. They are delicious and unite all people who love the Mexican treat.

- The most massive burrito was made in 2010 and weighed 13,000 pounds. During the preparation, rolling out the 1.5 miles tortilla itself took over nine hours.

- Burritos filled with beans are touted for their high proteins and low saturated fats.

- The most popular burrito varieties in the US are California Burritos, Wet Burritos and Break Burritos.

- Burritos are most popular in the city of Juarez in Northern Mexico where they are regarded as traditional food.

- The flour used to make burrito tortillas is lightly grilled and then steamed to make it softer and more pliable.