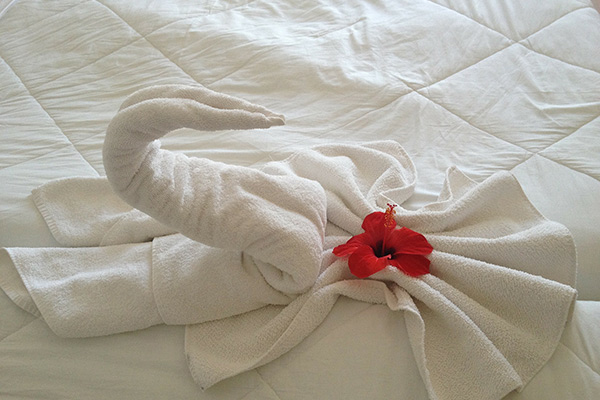 The National Towel Day is an annual celebration that occurs on 25th May. On this day, people carry a towel as a tribute to Douglas Adams who died in 2001. He is an author best known for his book, ‘The Hitchhiker’s Guide to Guide the Galaxy.’ There has not been any proclamation from the government of their acknowledgment of this holiday.

History of the National Towel Day

The holiday was created in 2001 by fans of Douglas Adam. It started as a tribute for the late author who died from a heart attack. The date was set two weeks after his death on 11th May. As many fans joined in on the movement, it became an event observed by millions all across the world. Douglas wrote a comedy in 1978 that featured on BBC radio. The same piece went on to become a household name; its success spawned numerous stage shows, books, computer games, and movies.

How to celebrate the National Towel Day

As stated in his book, ‘Never go anywhere without a towel,’ fans have taken this line literally, and on this day many people carry with them a towel. So it goes to show that one needs to carry the towel everywhere and ensure it is visible.

During the day, remember to take photos with the towel and post them on social media platforms using the hashtag #NationalTowelDay.

You can as well join a few friends and compare whose towel is the best. In recent competitions, people have found new ideas on how to use the towel often worn as a scarf or head gears.

You can also take time to visit the National Towel Day websites and share with the other fans of Douglass’s work. Join celebrations that are close to you and educate those who are not aware of the day’s significance.

Most people prefer to wear a t-shirt or clothing that reads, ‘DON’T PANIC,’ always in upper case. The words are on the cover of Douglas’s book famous book.

At the workplace, people often give the day a theme explored in the book; where they call each other character names.

If you have not, read this popular book, make a point to do it. In case the book is not available in your area, the other option could be watching the movie version of the books.

Since Douglas was an environmentalist and a lover of animals; in furthering his course, you can donate to the organizations that work to support and sustain animal lives.

Different regions find different ways of celebrating the day. When visiting a bookshop in Belgium, any purchase of Douglas’s books gets a 10% off on the price when walking in with a towel.