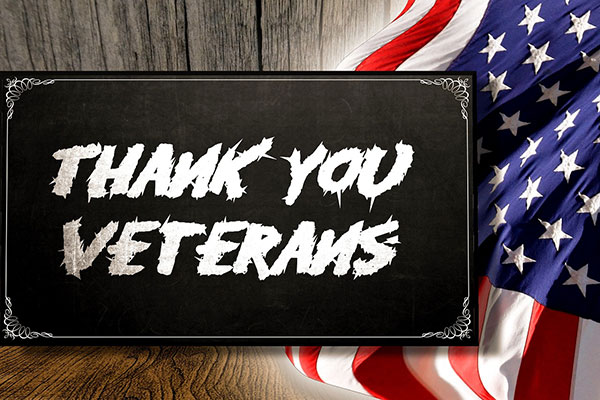 Formerly called Armistice Day, Veterans Day is celebrated on 11th November every year. Initially, the day was a holiday to honor the anniversary of World War I. The day coincides with Armistice Day and Remembrance Day celebrated in other countries to honor the same war. Veterans Day commemorates both the living and dead persons who served in the US military service. Veterans vs. Memorial Day should however not be confused. While Memorial Day celebrates persons who died in the military service, Veterans Day celebrates all those who served in the US military, whether dead or alive.

When Is Veterans Day Observed?

Although the day is celebrated on 11th November, it is observed on the nearest weekday to 11th. For instance, if the day falls on a Sunday, then people observe it on Monday, whereas if it falls on Saturday, then the preceding Friday is often designated as the observance day.

The first Veterans Day was observed in 1019 after Germany and Allies put to end World War 1. On November 11, 1919, President Woodrow Wilson proclaimed Armistice Day as one filled with solemn pride because of the heroism of the persons who died while serving the country. In May 1938, the Congress declared 11th November as a legal holiday and a day dedicated to the cause of world peace.

In 1945, Raymond Weeks, a World War II veteran, suggested that the holiday should recognize all veterans from all the US wars. Following this, Armistice Day was changed to Veterans Day after Congress amended the act in June 1954.

In 1968, the new legislation changed the Veterans Day celebration to the fourth Monday in October. However, given that November 11th held a historical significance for many Americans, Congress shifted the day’s observance from October to the traditional date.

Which States Do Not Observe Veterans Day?

Although Veterans Day is a federal holiday in most of the states in the US, Wisconsin remains the only state that does not celebrate the holiday.

The Significance of Red Poppy to Veterans Day

Red poppies are a symbol of Veterans Day. The association of red poppies to this great day dates back in 1915. This was after Colonel John McCrae wrote a poem popularly known as ‘In Flanders Fields’ where he immortalized the poppy and its ability to sprout in large numbers after laying dormant in the soil for a long time. The red poppy is therefore, a symbol of sacrifice and the many needs of our veterans.

Today, the flower is used to raise funds and donations for veterans as a sign that despite the destruction of war, they have survived, and life has given them a second chance.

How to Celebrate Veterans Day?

There are Veterans Day parades and speeches organized by all branches of the military in most towns of the United States. The ceremonies are meant to remind us of the sacrifices the military personnel has made over the years. You can plan to attend one.

You can also watch a few Hollywood movies that celebrate veterans. Be sure to check out these titles, American Sniper, Lone Survivor and The Hurt Locker.

If you would instead read, there are thousands of books that commemorate this day. Some of the most popular titles include Valerie Pfundstein’s Heroes in Our Neighborhood and Veterans Day, written by Mir Ansary. These two books are also great for children since they give plenty of information about the veteran concept.

Some restaurants offer Veterans Day Free meals to locals as a way to commemorate this day. You can check out if there are any restaurants in your area granting this awesome offer.

- There are 2 million female veterans in the US

- By 2014, each of these states had more than 1 million veterans in their population; California, Florida and Texas

- By 2014, 2.9 million veterans were compensated for service-connected disabilities