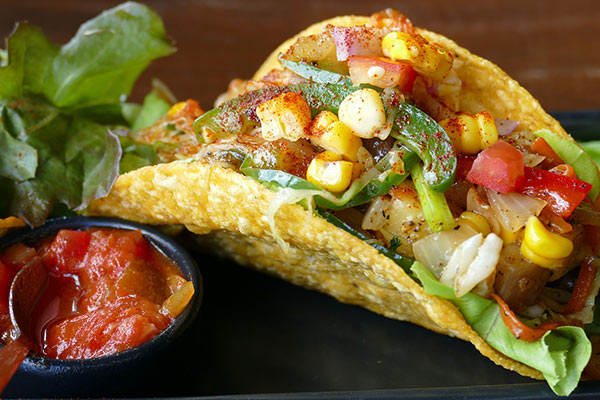 National Taco Day is an annual observance celebrated on October 4th. The day aims at commemorating taco as a culinary fiesta. Although taco has its origins in Mexico, it is consumed by millions of people across the world. In Mexico, National Taco Day also called Día del Taco by Mexicans is observed on March 31st.

Taco is a Mexican name meaning sandwich. A taco is, therefore, a kind of tortilla stuffed with the filling of different foods such as beef, pork, chicken, seafood, veggies, and cheese. It is then served with salsa, tomatoes, lettuce, cilantro or onions to garnish. This finger delicacy is eaten by millions of people worldwide who love fast food.

Which are the Different Kinds of Taco?

In Mexico, tacos are merely fresh tortillas. However, in the United States, there are different kinds of tacos. These include hard-shelled tacos often made of deep-fried tortillas, fried tacos made of fried tortillas stuffed with filling and the tacodillas which have cheese stuffed between two tortillas and then topped with a filling.

The origin of National Taco Day is not known. However, taco itself has a rich history. Taco is a traditional Mexican dish made using corn or wheat tortilla then folded around some filling.

Tacos date back during the arrival of Europeans in Mexico. Anthropological evidence showed that tacos were created as early as the 16th century by the inhabitants of Mexico. Bernardino de Sahagun documented more evidence in his 1529 book titled ‘General History of the Things of New Spain.’ In the book, he detailed the diet of the native Mexicans which included tortillas, corn, chilies, and tamales. These people used flat corn bread called tlaxcalli and filled it with various fillings among them small fish and live insects.

Later in the 19th and 20th centuries, Mexican immigrants introduced the taco concept to the United States. During the 1920s, Mexican restaurants began mushrooming all over the US, with each introducing a different version of tacos.

Today, over 5 billion tacos are consumed in the US every year. The number includes tacos sold in Mexican restaurants, homemade tacos and those purchased at food chains mostly through taco Tuesday deals and del taco taco Tuesday every week.

How to Celebrate National Taco Day

Head over to Taco Bell or your local taqueria restaurant and grab some taco. As a National Taco Day, most restaurants are likely offering a variety of taco versions at a good bargain. Put your taste buds into test by experimenting with a variety of taco flavors and fillings.

You can as well make your tacos at home. Search for taco recipes online, shop for the ingredients and make your homemade tacos with love.

In the spirit of celebrating Taco day, gift someone a taco. It could be a friend, loved one or even a total stranger. Together, you will make National Taco Day better, one taco at a time.

In the midst of enjoying your taco, don’t forget to share your Taco Day celebration messages on social media via the hashtag #NationalTacoDay.

The Taco taste is mind-blowing. We simply can’t resist it. Whether a carnivore or vegetarian, the variety of taco fillings have got you covered. Spicy or sweet, big or small, kosher or gluten-free, there is a taco for everyone. If you have a fast-paced lifestyle that keeps you always on the go, the taco is incredible fast food. Taco is unifying and brings millions of people together. Therefore, by celebrating National Taco Day unity and togetherness is enhanced across the globe.

On this day, you can take advantage of National Taco Day Taco Bell deals and other offers by various Taco joints. Some restaurants may offer discounted tacos as cheap as only $1. Others might even offer free tacos National Taco Day deals with every purchase. Don’t miss out on these exciting offers. Keep your eyes peeled and find out the restaurants providing the discounts.