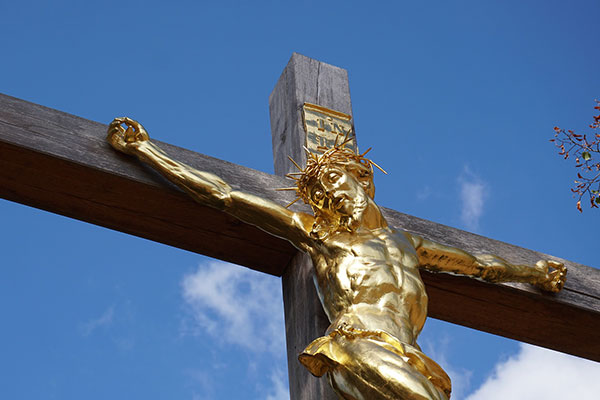 Good Friday is a Christian's holiday that commemorates Jesus Christ's crucifixion and death as narrated in the Holy Book, The Bible. The Good Friday holiday is celebrated in the Holy week, two days before Easter Sunday. In most cases, this day coincides with the Jewish Passover holiday. Other names used to refer to the Good Friday celebration include Black Friday, Great Friday, and Holy Friday. All Christians observe the holiday across the globe.

What Is The Good Friday History?

Good Friday accounts for the trial, torture, conviction, and the crucifixion of Jesus Christ. Before this day of suffering, Jesus had been betrayed by Judas Iscariot on the day of Last Supper also called Holy Thursday. It is this betrayal that led to Christ's arrest at the Garden Of Gethsemane. The soldiers took Jesus to Caiaphas the High Priest and teachers of the law who convicted Jesus on blasphemy charges. Jesus was then forwarded to Pontius Pilate, the Roman governor, for execution. Upon learning the humiliation Jesus was going through, Judas was seized with remorse and returned the thirty silver coins he had earned for betraying Christ. Judas then hanged himself early on Friday morning.

Jesus stood in front of Pontius Pilate and he did not deny any of the charges leveled against him. Pontius Pilate opted to get the crowd's approval on whether to crucify Jesus or release him. Surprisingly, the crowd asked their governor to crucify Christ and release one of the notorious criminals at the time called Barnabas. With no option, Pilate handed Jesus over for crucifixion.

The soldiers took Jesus to the Roman courtyard, stripped him, set a crown of thorns on his head and proceeded to abuse him physically. He was then forced to carry the cross to Golgotha where they crucified him. Immediately he passed away; unusual events took place. Darkness came over for three straight hours, there was an earthquake and the curtains at the temple in Jerusalem tore into two. Jesus was then buried later in the day by a man called Joseph of Arimathea, who wrapped him in a clean linen cloth and placed his body in a tomb.

Why Do We Call It Good Friday?

It's difficult to understand the goodness of the Good Friday following the suffering Christ went through. Some religious personnel suggests that the day is a corruption of God's day.' Others argue the day is good because it is holy. Most Christians, however, believe that by Christ's death on this Friday, Jesus saved them from sins. Therefore, despite the dark events that took place on that day, they see it as a blessing to them and hence a Good Friday. Christians find it ideal for taking part in Good Friday Fasting, as this shows their appreciation for Christ's sacrificial deed.

Why Do We Celebrate Good Friday?

The day marks Jesus' crucifixion and death at Calvary. Through his death, Christians believe that all their sins were forgiven. Indeed, it is Christ's sacrifice for the welfare of humanity that saved them from punishment from God the father. Christians, therefore, celebrate this selfless sacrifice on Good Friday.

Can You Eat Meat On Good Friday?

According to the Roman Catholic laws, all Christians who have reached puberty should not eat meat from land animals during Lent and on Good Friday. Meat is a worthy sacrifice because of its association with feasts and celebrations. Christians, however can comfortably eat fish on this day since it is not a land animal flesh.

Which Activities Are Prohibited On Good Friday?

Different countries observe Good Friday differently. Some activities are therefore considered illegal in some parts of The world. Until 2008, gambling shops were not supposed to open on Good Friday in Britain. In Ireland, bars shut down as the Irish people are supposed to abstain from alcoholic drinks on this day. In Germany, Christians should not go horse riding or dance on Good Friday and clubs that break this law are subject to fines.

Which date is Good Friday?

The date of Good Friday changes every year. However, the day is always observed on the sixth day of the Christians' Holy Week and two days before Easter Sunday. On this day, Christians take part in Good Friday prayers and reconcile with others.

Is Good Friday A Public Holiday?

In the United States of America, Good Friday is not a federal holiday. However, most Christians close their businesses to observe the day. Most banks, government offices, public schools, and financial markets are open on Good Friday but closed on Easter Sunday.

How to Celebrate Good Friday?

As a Christian, you can observe Good Friday by attending the Good Friday service held in churches on Friday afternoon from noon to 3 pm to coincide with the time of Christ's crucifixion. It is also worth sending an inspiring Good Friday Message to your friends and family members.