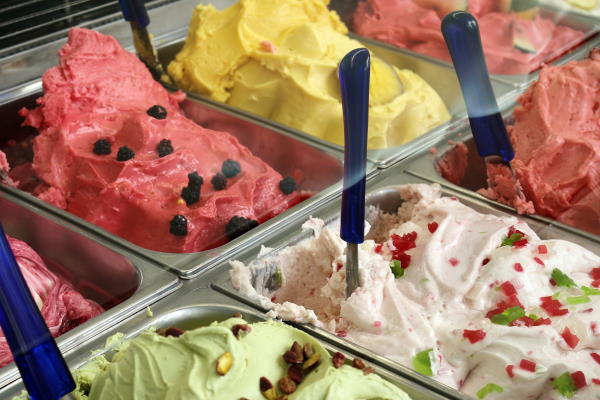 National Ice Cream Day is one of the most famous food holidays in the United States. Celebrated the third Sunday in July, the day is fun of merry as people with a sweet tooth enjoy their bowl, cup or cone filled with ice cream. National Ice Cream Day has been observed since 1984 after its official proclamation by President Ronald Reagan.

Ice cream has such a long history, and several theories have been founded to explain the origin of this refreshing dessert.

The first theory suggests that Ice Cream was an early Chinese invention. The theory argues that the Chinese and Mongols used ice cream as dessert and treats. These ancient men supposedly made ice cream by freezing a mixture of milk, honey, and flavors during winter.

Other theorists believe that the Romans did invent ice cream. They would mix snow with honey and fruits to make the treat. As years went by, they refined this by adding milk and sugar which was left in the snow to freeze.

Historians also claim that ice cream was a food reserved for the rich and the noble during the ages of civilization. Considering that refrigeration was not available, ice cream was only served during special occasions. Today, however, anyone can make ice cream at home thanks to the development of refrigeration technology.

Quaker colonists brought ice cream to the US after they came with ice cream recipes. During this period, it was only served to the elite class and the nobles. Ice cream stores however opened countrywide in the 19th century, and the middle-class people started enjoying the sweet treat. It has since become a typical American dessert.

Like any other food holiday, the list of ‘to do’ things on the National Ice Cream Day is never short.

The public celebration is to eat ice cream. Use this day as an excuse to spoil your family with their favorite flavors of ice cream. Visit your favorite parlor and enjoy some ice cream dessert with friends and family. Most confectionaries will be running irresistible National Ice Cream Day offers. So, be sure to grab the opportunity as it lasts.

If you love homemade ice cream, then attempt President Jefferson vanilla ice cream. Use the recipe curated by the president’s own hands after which you can display your ice cream online. When making the ice cream, you can add unique toppings such as shredded coconut and Granola.

If you are lactose intolerant, try out rice dream organic Vanilla and Ben and Jerry’s Chunky Monkey.

Remember to share pictures of you eating ice cream on social media using the hashtag #NationalIcecreamDay.

Well, ice cream has acquired the national dessert status which is more than enough reasons to have a special day to celebrate it. This day also brings all ice cream lovers together, poor or rich regardless of religion and race. It is a symbol of unity.

The Month of July can get pretty hot and therefore, ice cream is the ultimate answer to help reduce the effects of summer heat.

- The tallest ice cream ever made was 2.81 Meters (9ft 2.62 in). Andrea Andriquetti and Mirco Della Vecchia made it.

- During World War II, ice cream was rationed to the public and given to the troops to boost their morale.