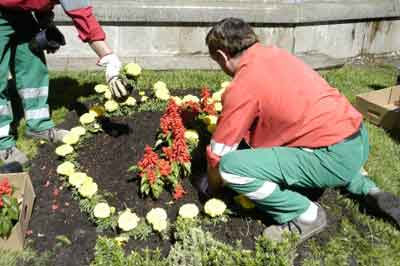 Labor Day is one of the ten federal holidays in the United States. It is observed on the first Monday of September.

Labor Day celebrates workers and their various labor unions that contribute to the growing American economy. It is a national tribute to workers' contributions to the prosperity and the well being of the country. The holiday came to be through tireless efforts of the labor movement in the 19th century. The day has a bloody history as workers fought for their rights.

37000 strikes by workers marked the last two decades of the 1880s. By early 20th century, up to 800 American workers had lost their lives in these strikes. One of the fiercest tensions was the Pullman strike where workers of the Pullman Company went on strike to complain of their sliced wages by about 30%. The federal government sent the military to enforce a court injunction against the strike. The strike ended up being a bloody riot with more than 30 deaths and property damages worth $80 million. Six days after this incidence, President Cleveland made Labor Day a federal holiday in an attempt to appease the workers. The first Labor Day in the US was observed on Tuesday, September 5, 1882, in New York City. The holiday was celebrated in accordance to the Central Labor Union plans. The day was then officially declared a federal holiday in 1894.

There is some controversy over who created Labor Day. The Department of Labor in US credit Peter J. McGuire, the general secretary of the Carpenters and Joiners, as the man behind Labor Day. Some historians however suggest that Matthew Maguire, the secretary of the Central Labor Union was the first to propose this holiday.

Although most countries mark Labor Day on 1st May, some parts of the world celebrate the Labor Day in September. These include the US, Puerto Rico, the Canal Zone, Virgin Islands and Canada.

How Is Labor Day Celebrated?

In the spirit of the founders of Labor Day, the holiday is marked with street parades, political demonstrations and speeches that are meant to allow people to appreciate the work and accomplishments of trade unions. Many retail outlets hold week-long Labor Day Sale as a way to allow people do shopping for their family and friends.

Labor day marks the end of Summer holiday and it's therefore the last chance for students to organize parties, and sporting activities before school begin. As a result of the many events, there is usually traffic congestion on the roads and airports. Public transit systems also don't operate on their usual regular timetable.

Many Americans engage in various activities and merrymaking events during Labor Day. Some of the events you can take part in include sporting and athletic activities, watching fireworks, family boating, attending Labor Day Parade among others. Just be sure to check out on the Labor Day events near you.

Where Can You Go For Labor Day Weekend?

Considering that Labor Day in the USA falls on a Monday, it becomes a long weekend for most Americans. The Labor Day weekend allows American workers to have a day off, have fun and enjoy themselves. You can enjoy this day by taking a short weekend getaway and picnics, go shopping or host a barbecue party with friends or colleagues. The point is to treat yourself and celebrate your contribution as an American worker.

What Remains Open and Closed on Labor Day?

As a federal holiday, Labor Day is a day off to most American workers. The stock market, Schools, banks, government offices and post office, remain closed to give their employees a resting day. However, some retail shops and malls might open their businesses despite the holiday.