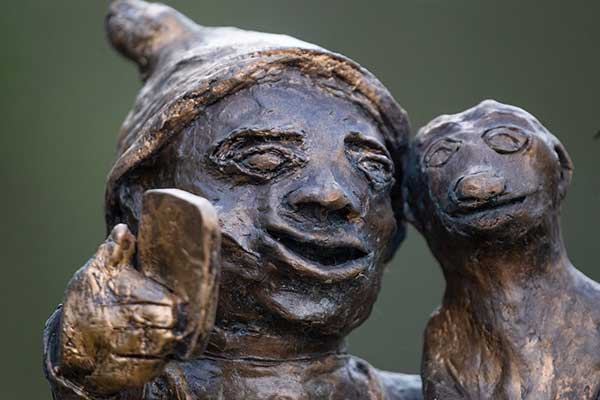 Smartphones and social media have changed our form of communication. One such way is through the use of self-portraits popularly known as a selfie. A selfie is merely a self-portrait you take of yourself with a camera held at arm’s length. Most Smartphones have a built-in front camera, and this has made it easy to take selfies. After taking a selfie, we often present it on social media for the world to see and often initiate a conversation with friends. As a celebration of this technological innovation, National Selfie Day is observed on June 21st every year.

Most people tend to believe that selfies came about after the innovation of Smartphones. But that isn’t so. Back in the days of film-based cameras, there was a delay feature in some camera brands. People would set the camera on a table, focus it and then press the delay button, which in most cases was about 10 seconds. The exciting part was that one had to run fast to where the camera was aimed at and pose before the delay time was over. During those days, the pictures were called self-portraits and not selfies.

The first person to invent self-portraits was Robert Cornelius. Robert was an American photographer, and he took a photo of himself in 1839. He then recorded on the back of the portrait, ‘The first light picture ever taken. 1839.’ Today, a copy of the picture graces his tombstone in Philadelphia.

The first teenager to take a self-portrait was a 13 year old Russian called Nikolaevna. He took the picture using a Kodak Brownie Box camera and looking in the mirror in the year 1914.

As for the National Selfie Day, its founder is believed to be DJ Rick McNeely. He founded the day in 2014 alongside the official website nationalselfieday.net. His primary intention was to make people enjoy talking selfies in all sorts of creative ways.

The term selfie came into existence in 2002. This was after an Australian man posted his pictures on the internet when drunk. The word selfie was included in the Oxford Dictionary in 2013.

Who has taken the Most Selfies?

Singer Donnie Wahlberg holds the world record for taking the most selfies in 2016. The singer was aboard the annual NKOTB cruise and fans surrounded him as he snapped a total of 122 selfies in just 3 seconds.

How to Celebrate National Selfie Day

There are many National Selfie Day activities to celebrate selfies. The ultimate way to mark Selfie Day is by taking tons of selfies. You will be surprised how fun it will turn out as you pursue to get the perfect one. You can decide to keep the pictures on your phone if you don’t. However, for a great experience, share them on social media for the world to see and remember to include enticing National Selfie Day captions.

Take this day as the best time to take your selfie experience to the next level. Buy yourself a selfie stick. With the selfie stick, you can easily take pictures by placing your smartphone or camera at the end of the stick. The stick has buttons that allow you to control the camera and take pictures every time an opportunity presents itself. The selfie stick will also give you more arm's length and a chance to fit more people when taking a group picture.

Another great way to celebrate selfie day is by learning how to take better pictures. Read a book on photography to get an understanding of what contributes to a great picture. You can also visit a professional photographer for better insights about photography.

Selfies give us a life archive. When you take pictures and store them on your device or post on social media, you are creating a lifetime timeline for yourself. Selfies are like a modern-day diary. When you are old, the pictures will speak a1000 words about your past life.

We also celebrate selfies because they are easy and fun to take. Selfies communicate our mood at the time and speak about our personality.

- Ellen Degeneres posted the most retweeted selfie which was taken during the Academy Awards in 2014.

- According to David Veal, a British Psychologist, selfie addiction is a mental health condition that can easily lead to suicide.

- The term ‘selfie’ was named the ‘word of the year’ in 2013 by The Oxford English Dictionary.

- A study by Ohio University revealed that most men who post many selfies have high levels of narcissism and psychopath.