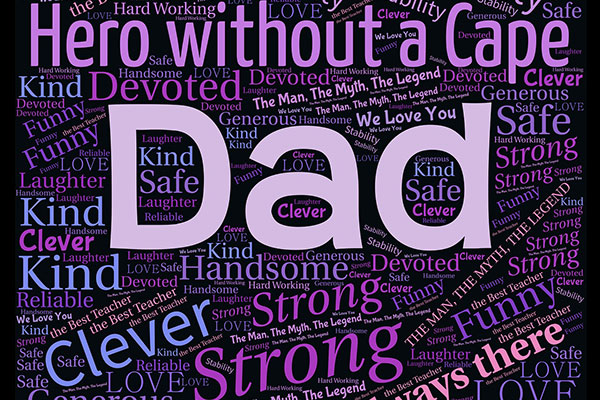 Father's day honors fatherhood and the contribution of fathers to the society. The day celebrates father figures, among them biological fathers, stepfathers, foster fathers, grandfathers, and great-grandfathers. In the US, the day is observed on the third Sunday of June every year. The Father's Day weekend is usually full of celebrations as families treat their fathers to lunches and trips.

The idea of Father's Day can be traced back to 1910. It is believed that Mrs. Sanora Smart Dodd is the brain behind this day. Sanora, along with her five siblings were brought up by his father after their mother died in childbirth. His father neither remarried nor placed his children under the care of others.

Because of this, Dodd was grateful to his father, William Jackson Smart-a civil war veteran, and he wanted to honor him.

Her noble idea of Father's Day came about after hearing a sermon about Mother's day by Anna Jarvis at Central Methodist Episcopal Church. She later approached her pastor and proposed there be a day honoring fathers, which would mirror Mother's Day. Dodd proposed to have Father's Day observed in June, which happened to be his father's birthday month.

In 1913, Congress received a bill aiming at recognizing Father's Day. In 1916, Congress rejected the move to have the day made official for fear that it would become just another commercialized holiday. However, the campaign to have Father's Day recognized as a federal holiday went on for many years.

In 1966, many men left their families to fight in World War II. It is during this time that the fathers' contribution to families was felt. President Lyndon B Johnson issued a proclamation designating Father's Day USA to be observed on the third Sunday in June. In 1972, President Richard Nixon signed it into law as a permanent national holiday.

Although the holiday honors all father figures, the day is known by its singular possessive, that is, Father's Day.

Is Father's Day a Federal Holiday?

Father's Day is officially recognized in the US, but it is not a federal holiday. Government offices, organizations, businesses, and banks remain open. The public transit system also operates as usual. Hotels and restaurants tend to be busier as families treat their fathers on this day.

How to Celebrate Father's Day?

Since Father's Day is a comparatively modern holiday, different families celebrate it in different ways. Traditionally, cards and masculine gifts are given out. Some of the Father's Day gift ideas include sporting gear, gadgets, and tools for household maintenance.

Prior to Fathers' Day, you can help your children prepare handmade cards and gifts for their fathers. You could also hold a large party or a BBQ to honor all the father figures in your extended family. If your dad is still alive, wish him a happy Father's Day by spending the holiday together doing some of his favorite activities. If he loves Baseball, attend one with him since the holiday occurs in the midst of the Baseball season.

As for all the fathers out there, think of taking the President's Fatherhood Pledge.

Are There Alternative Days for Father's Day?

Countries like the US, UK, France, Cyprus, South Africa, Greece, Japan, Canada, Netherlands, and South Arabia observe the holiday on the third Sunday of June. However, some countries mark the day on an entirely different date.

- Switzerland on the first Sunday in June

- Austria and Belgium on the second Sunday in June

- Australia and New Zealand on the first Sunday of September

- Lebanon, Egypt, Syria, and Jordan mark the day on the first day of Summer

- Many Scandinavian countries celebrate it on the second Saturday of November

- There are 79 million fathers in the US, 29 million of them being grandfathers

- Pope John XXIII once said, “It is easier for a father to have children than for children to have a real father.”

- According to Hallmark- A Greetings Card Company, Father's Day is ranked the fifth-largest card-sending holiday