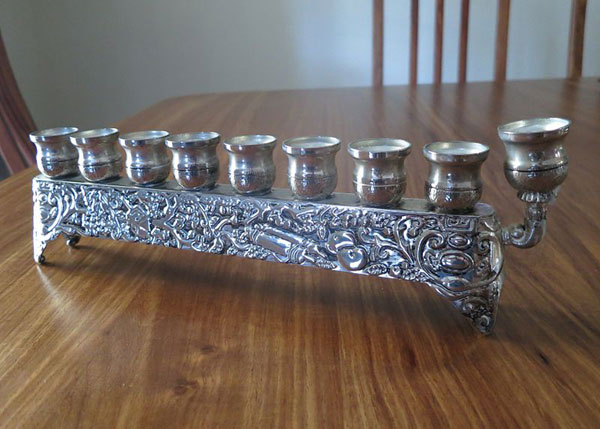 Hanukkah is known as the festival of lights and the Feast of Dedication celebrated by the Jewish community all over the world. This festival takes place in December every year right around the same time that Christmas is celebrated for non-Jewish Christians. The festival lasts for eight nights where a candle is lit every night on a menorah hence being given the name the festival of lights. The literal meaning of Hanukkah is to dedicate. The Jews regained control of Jerusalem and rededicated the Temple on that day.

There is series of rituals performed by the Jews during these eight days of the Hanukkah festival. Some of them are family based and some are collective. There are significant addends to the daily prayer and an additional prayer is added on to the blessing after a meal. It is different from other rituals because there is no special celebration where Jewish people are able to get off of work. Jewish people go to their work as usual but typically leave work early to light the candles before nightfall. Because of the fact that this is not considered as one of the primarily religious holidays schools typically do not close. In Israel school remains closed from day two of the festival through to the last day of Hanukkah.

Over the course of this eight day festival many families give each family member and even friends one gift per night. Additionally, people eat an abundance of friend food during this time to celebrate the important role oil plays during Hanukkah celebration. There are three kinds of blessings which are recited throughout this eight day festival. There is a particular procedure of their recitation. On the first day all of three blessings are recited. On the next night they recite only two and so on.

There are other ways that Hanukkah is celebrated depending on what part of the world you live in. For some families, they may sing Hanukkah songs instead of lighting candles on the menorah. Other activities that families often do together for Hanukkah, are making baked goods such as pastries, cookies and other traditional Jewish food and playing games with a dreidle, which is a wooden octagon shaped "top" that has certain Jewish related symbols. Depending on the symbol that shows up when you spin it and it stops you have a specific action to do. This is a favourite amongst children in the Jewish faith.