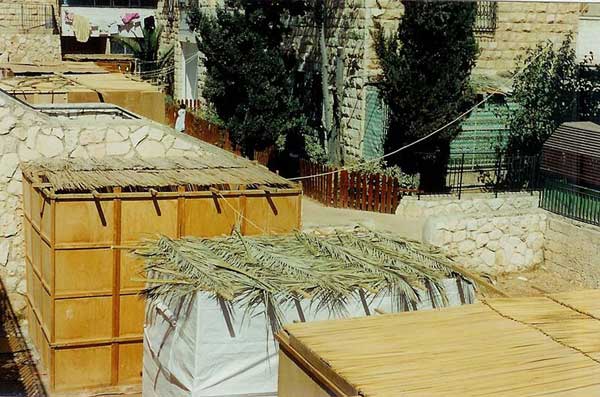 Sukkot is a Jewish festival and one of the biggest holidays celebrated by the Jewish all over the world. It is a week long festival that combines family, religion and their native country together. Typically, Sukkot is an eight day long harvest festival. Unlike more well-known holidays such as Yom Kippur and Rosh Hashanah where people ask for forgiveness of their previous wrong doings and fixing relationships, Sukkot is an occasion to celebrate pure happiness and joy.

Sukkot is described as a harvest holiday in the Torah and it is instructed in the Torah that people live in tents for seven days to let the future generation know that God made the Israelite people live in tents when he brought them out of Egypt. Our ancestors built temporary booths, called Sukkots, in the fields to stay there the entire week of harvest. This tradition is still kept alive by modern Jews who build tents in their front yards. These "booths" are a visible representation of God's grace, one that has its beginning in the agricultural ritual. It is an occasion for being happy and giving thanks for the earthly treasures that God has given us in this world.

Sukkot starts out with a special prayer and holiday meal on the first day. The following days of the festival are called the Chol Hamoed or "weekdays". The seventh day of Sukkot has a special observance and is called the Hoshana Rabbah. This refers to the ritual where worshippers walk around the boundaries of the sanctuary or house of prayer also called the synagogue during their morning services. Outside of Israel, however, the festival is celebrated in full the first two days.

Throughout the week, the orthodox Jews stay in the tent and enjoy their meals. The tent is often open on one side. It is also seen as a way to bring people closer to the nature as they are being forced to stay in these temporary dwellings. The tents are built in such a way that one can see the night sky through the opening in the roof. This is also a great way to connect with nature as people stay outside and look up to the sky and dream giving them a great spiritual feeling.

Any building materials such as wood, steel, vinyl or aluminum siding, or canvas can be used to build a Sukkot. It can include a side of a house or parch or may stand alone. The roof, known as S'chach, has to be built with an organic material such as palm fronds or leafy overgrowth of trees. It is also a custom to decorate the inside of the dwelling with hanging decorative objects.

The special prayers for Sukkot include reciting from the Torah every day after morning prayers as well as additional prayers and graces of God is also offered before and after every meal. Each day of the festival the worshippers walk around their synagogue carrying their Four Species.