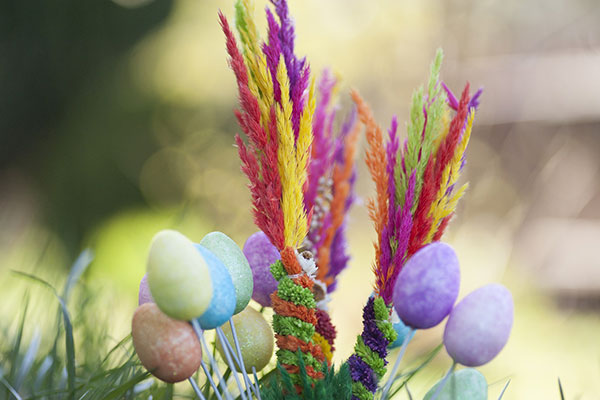 In the Christian calendar, Palm Sunday is the Sunday before Easter and the final Sunday in Lent. Palm Sunday marks the first day of the Holy Week. The day commemorates the day Jesus arrived in Jerusalem riding on a donkey. It was only a few days before one of his disciples Judas Iscariot, would betray him, putting Jesus on trial and ultimately sentenced to death by crucifixion.

The Palm Sunday Meaning is derived from how the people of Jerusalem laid palm leaves on the path as Jesus passed. Today, Palm Sunday celebrations involve a procession of faithfuls carrying palms, willow or olive branches. Other names of this holiday are Branch Sunday, Passion Sunday, Flower Sunday and Willow Sunday.

What Is The History of Palm Sunday?

The Palm Sunday story narrates Jesus’ triumphant entry in Jerusalem where He would be crucified five days later. On that day, Jesus rode on a donkey as crowds called him Messiah and greeted him by waving and laying palm branches on the ground. Prophet Zachariah had predicted the event in the Old Testament that people would recognize the Messiah as he rode into the city.

How Is Palm Sunday Celebrated Today?

Every year, Christians across the globe observe the Palm Sunday. The priests are mandated to give Palm Sunday sermons that should deepen the worshippers’ faith. During the ceremony, the congregation moves in a procession carrying palms’ branches just like Jesus’ followers did to Him on His humble entry into the city of Jerusalem. When palms are not available, they use willow, olive or other branches. In most churches, the worshippers twist the branches into crosses and other religious symbols. At the end of the procession, some members of the congregation take the palms home to serve as sacred signs. However, in most Roman Catholic congregation, the branches are blessed, burned and the ash saved for use in the following year’s Ash Wednesday.

Why is Palm Sunday Important?

According to the Palm Sunday Scripture, Jesus’ triumphant entry into Jerusalem marked the last week of His earthly ministry. He was arrested a few days later, mocked and crucified on the cross. Christians believe that Jesus Christ’s sacrificial death and resurrection saved them the punishment they should be receiving up to date. For this reason, Palm Sunday is significant to all Christians as it reminds them of how Christ died for their sins.

What Happens To The Palms After The Palm Sunday?

During the ceremony, the palms are blessed and cannot, therefore, be thrown away like rubbish. The Palms usually are, collected, burned into ash and used the following year to mark the worshippers’ foreheads for Ash Wednesday Celebration. The Ash Wednesday is generally the start of the lent period.

What Is The Significance Of Palms And Donkey?

From time immemorial, Palms have been a sign of homage. Palm branches are a symbol of joy, peace, and victory. In the world of Christianity, it is a sign of victory over the flesh. In fact, Palms were often thrown before noble and people of great respect.

Back in the days, a king riding on a horse was a symbol of war. On the other hand, a King riding on a donkey signified peace and humility. Although Jesus did not consider himself a king, his followers saw Him as the King of Israel.

What Can You Do On Palm Sunday?

Besides going to church and taking part in the Palm Sunday procession, you should take part in activities that show your full appreciation in the Palm Sunday concept. You can offer someone a palm on this day. This is a common Palm Sunday Catholic tradition. Also, strive to forgive others just like Jesus died for the sins of all humankind.

You could also make it an interesting Palm Sunday for kids. Join them in singing related songs or keep them entertained with Palm Sunday arts and crafts.