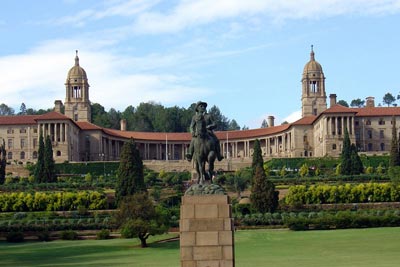 The "rainbow nation" - South Africa has had a bloody history, but its cultural heritage and traditions date back far further. The 24th September is observed as Heritage Day, a celebration not only of the past, but of the contributions of the South African people in making the country what it is today.

The legendary Zulu king Shaka played a huge role in uniting the disparate tribes of South Africa into a cohesive role, and 24th September was celebrated as Shaka Day in the KwaZulu-Natal area. When the South African parliament was considering the bill of public holiday, this day was not included, leading to protests by the Inkatha Freedom Party, which had large Zulu representation and support. In order to reach a compromise, the date was renamed Heritage Day and included in the bill. Since then, it has evolved parallely into National Braai Day, celebrating the joyful unifying South African tradition of backyard barbeques, known as Braai.

South Africa is a heterogeneous country with so many different tribes, histories, backgrounds and culture, there cannot and should not be a uniform celebration. Variety is defined as a national asset, and the government announces themes each year that guide official celebrations. South Africa defines its heritage as who they are, what they have and how they do things - choosing to embrace diversity, recognizing the rich natural resources and potential of the people, and the collaborative innovative peaceful approach that they bring to everything they do have marked their remarkable rebirth and transition from a pariah state to a stable prosperous growing democracy. Heritage Day was created to celebrate all of this as a unique South African identity, and to give the people a chance to reflect on themselves and their past, present and future.

On this day there is a Presidential address to the nation, and statements are made by important ministers and officials as well. Different regions and tribes commemorate events and people important to them. People are encouraged to learn about their culture, their 5-language national anthem, their flag and other symbols of historic national importance. Various events are held all over the country promoting theatre, dance, comedy, food, wine, games, activities and wildlife. Braai adds another feather to the celebration on the Heritage Day. "Braai is a sociable gathering of five people around a fire cooking food in the healthiest way possible", says the man who started it all, Jan Braai. South Africa has seen terrible struggles, and its reinvention of itself as a new nation rising from the ashes of a bitter past must be celebrated. Heritage Day gives every South African the chance to proudly display and revel in their achievements as a nation, and look forward to a peaceful and prosperous future.