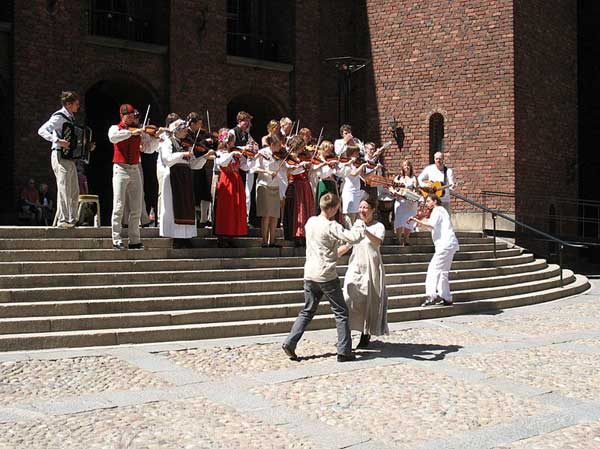 National Day of Sweden, formerly known as Swedish Flag Day is celebrated every year on 6th June. The main purpose of this holiday is to celebrate Swedish independence in memory of when the Sweden kingdom was founded. The celebration dates back to 1916 at the start of the Olympics which is where it was first observed. National Day of Sweden became a public holiday in 2005.

Many citizens see this holiday as a day to take a break from work although there are more significant reasons for celebrating this day. It is celebrated by all residents of Sweden regardless of religion or culture. It brings residents of the state together to celebrate this holiday as well as celebrating diversity. Most people see this day as a significant one due to its feeling of being worthy to live in a free and independent country. National Day of Sweden allows the residents of Sweden to reflect on what it means to be a citizen of the country as well as giving them the opportunity to learn about the Nation's history.

Celebrations of National Day of Sweden can take many forms. Most celebrations take place in museums where history about the nation is on display. At the Skansen Museum people come together to wave Swedish flags, listen to leaders make speeches and dancing traditional Swedish celebration dances. The King and Queen also take part in the procession to the museum. Many people go for picnic with family and friends or keep party in their home.

Another activity that takes place during the celebration of National Day of Sweden is welcoming new Swedish citizens. New immigrants feel a part of the country making it even more special to those individuals.

List of National and Regional Public Holidays of Sweden in 2022