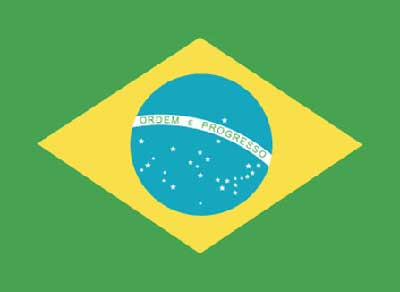 Independence Day(Sete de Setembro) is the National holiday of Brazil. Independence Day honors the birthday of the nation. On 7th September 1822, Brazil claimed its independence from the hands of the Portuguese.

Brazilians did not have to fight much for freedom, they won it from their parent country, Portugal. On 7th September 1822, Prince Pedro, son of Portugal's king, stood near Brazil's Ipiranga River and made an announcement of independence. He tore the Portuguese symbol from his uniform and declared, "By my blood, by my honor, and by God: I will make Brazil free." After that Pedro became the Emperor of Brazil and forced Portuguese forces to leave Brazil. In 1889 Brazil finished its monarchy and became a republic but kept 7th September as its Independence Day.

In Brasilia(Capital of Brazil) the day is celebrated at the Ministries Esplanade with a military parade in the presence of the President of Brazil. On this day many political leaders appear at the public events and talk about the nation's heritage, laws, history, people, about recent events and future projects. All Brazilians are entitled to Independence Day off work except some emergency service workers.

Independence Day is considered as a Public Day with outings, picnics and lots of outdoor events like parades, air shows, fireworks and musical concerts. Parades generally occur in the morning and the fireworks occur in the evening. Thousands of Brazilians gather in the road celebrating this day with banners, balloons and streamers. They proudly fly their Flag, sing songs and enjoy the day with their friends and families.

List of National and Regional Public Holidays of Brazil in 2023