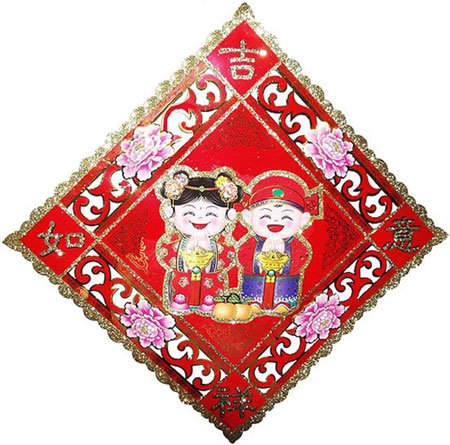 Chinese New year is one of the most important traditional holidays in China. The day is celebrated on the first day of the first month according to Chinese calendar and is also known as Lunar New Year. The day is rooted in centuries old customs and traditions and is one of the most popular public holidays in China. Apart from China, the day is also celebrated in countries like Korea, Bhutan, Vietnam, Singapore, Malaysia, Hong Kong etc., which follows the Chinese calendar.

According to the popular myth, the origin of this day lies in the fight against Nian, a beast in Chinese mythology. The beast would visit the cities and eat cattle, crops and even people. In order to protect themselves from the beast, people would place food at their doorsteps after which the beast wouldn't harm them. However, once the people saw that the beast was scared of the color red. From then on, on the first day of every new year, people would hand red paper lanterns and other things red to scare off the beast. They would also light firecrackers in order to scare the beast away. After some time, the beast stopped coming to the city.

In some other cities like San Francisco, the day has its origins in the famous parade carried out by their ancestors. In 1849, many Chinese men came to the city to try their fortune after the Gold Rush. After facing hostility from the local people, they decided to hold a parade in order to showcase their culture and tradition to the localities. Ever since, the day is celebrated with a street parade in San Francisco.

Chinese New Year is celebrated in different ways in different parts of the world. The predominant color in all the celebrations of this day is red. According to tradition, red envelopes containing money are given by the elderly to the young. The money contained in these red envelopes is always even, which is determined by the left-most digit than the right-most one. The red envelopes are symbolic of staving off evil and bringing in good luck.

People exchange gifts and light firecrackers on this day. Other traditions associated with this day include hanging of the Fu symbol on the main door of the house which is supposed to bring good luck and wearing red color clothes. Dragon and Lion dances are also very popular during Chinese New Year.