When is Dragon Boat Festival China in 2022? 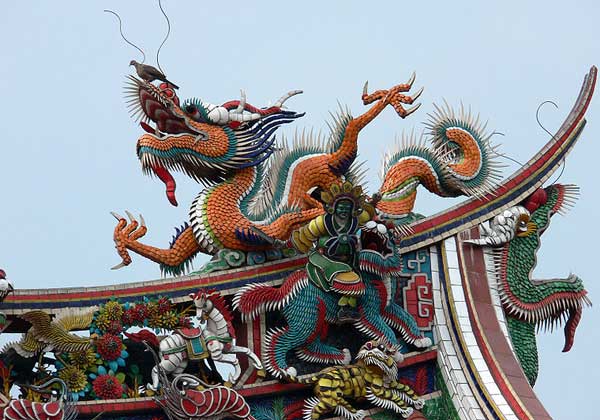 The Dragon Boat Festival, locally known as the Duanwu Festival, is a legal and traditional festival which has its roots originating in ancient China. This festival is popular among the surrounding East Asian and South Asian countries including Hong Kong, Mandarin, Macau, and Singapore. Although an equivalent version of the same celebration has been celebrated for years in countries like Taiwan and Malaysia, Japan, Korea, and Vietnam under different names, mainland China recognized the Dragon Boat Festival for the first time in 2008.

The Dragon Boat Festival takes place on the fifth day of the fifth month according to the Chinese lunar calendar and so it is also called the Double Fifth. Because the lunar calendar shifts in comparison to the regular Gregorian calendar, it is celebrated on different dates every year.

The yearly Dragon Boat Festival is dedicated to the poet of the era of Warring States, Qu Yuan's suicide. It is also called the Poet Day for this reason. Legend has it that in ancient China the king of the ancient state of Chu, descendant of Zhou Dynasty, made allies with the powerful state of Qin. The great poet was accused of treason and banished from China for opposing the ally. During the time of his exile, he wrote several great pieces of poetry for which he will always be remembered. 28 years after this event, Ying, the capital of Chu, was taken over by Qin. In disgust, the poet committed suicide by drowning himself in the Miluo River on the fifth day of the fifth month. The fishermen around tried to save the poet from the fish in the river by rushing into the water with their boats, beating their drums loudly and throwing objects and food at the hungry fish. This led to the birth of Dragon Boat Festival.

The three most common activities of the Dragon Boat Festival include eating and preparing "zongzi", a traditional Chinese food made from a sticky sweet rice stuffed with various types of fillings then wrapped in bamboo leaves or other types of grassy leaves, drinking wine, and having boat races. It is also a common tradition to take long walks carrying perfumed bags of medicine, hanging up icons of ZhongKui, a guardian figure, and playing a game of making an egg stand at noon on the day of Dragon Boat Festival. It is believed that if you can make an egg stand exactly at 12:00 noon, it will bring you good luck all year round. All of these activities is seen as an effective way to prevent diseases by the ancients in China. It is also believed to fight evil and bring good health and well being. Although it was once a tradition to throw "zongzi" in the river on the Dragon Boat Festival people no longer do this. They still eat "zongzi" as tradition and as a testimony to Qu Yuan's self-esteem and will-power.

List of National and Regional Public Holidays of China in 2022