When is National Youth Day of China in 2023? 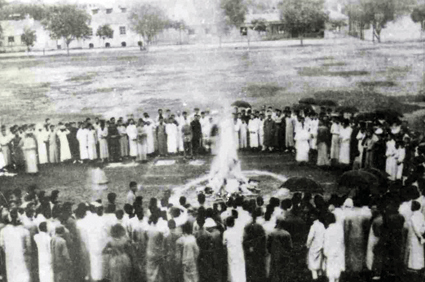 National Youth Day is celebrated in China every year on 4th May. It was established by the Government Administration Council of People's Republic of China in December of 1949. It was established to honor the memory of the May Fourth Movement of 1919.

After WW I ended a Peace Conference was held by the United States, United Kingdom, Italy, France, and Japan just ot name a few in 1919 in Paris. This where the government of China had sent some of its delegates to participate in the conference. China had demanded that imperial nations abadon their authority in China, that Japan cancel the unfair "21 items" and that Germany should give Shandong back to China which was occupied by Japan during WW I. During this conference the very rational request to abolish the unequal treaty of China was refused and was decided that the illegal privilege of Germany of the Shandong Province be transferred to Japan. The outcome caused a significant amount of resentment among the residents of China. Approximately 30,000 students from many different universities around Beijing gathered at Tian'anmen Square on May 4th to hold a protest against the decision delivering a petition to the president of the state and shouting out patriotic slogans. The petition was suppressed by the government and was the first event in the history of China for such an even to occur.

This suppression caused even greater chaos among the people of China. Many working people went on strike. The student's anti-imperialistic and patriotic movements intensified and the demonstrations reached to a national scale. Finally on June 10th the government compromised under pressure, and Zhang Zongxiang, Cao Rulin and Lu Zongyu were deposed. On June 28th the Chinese delegates refused to sign the Paris Treaty and the Paris Conference, greatly shocking imperialistic countries, made direct goals of the movement a success. This marked the beginning of National Youth Day.

National Youth Day in China is observed to celebrate and remember the landmark event of May 4th that remains immortal in the history of China. This is not only a patriotic gesture but also a movement that brings forth new culture characterizing democracy and science and to protest against feudalism.

National Youth Day has a great influence on the evolution of modern Chinese culture, language, science, and democracy. This Day also reflects the unity and strong will of the Chinese people to defend their nationalism, independence and determination for freedom and democracy.

The central government of China, the State Council, has formally declared May 4th as the National Youth Day to preserve and develop the spirit of democracy, patriotism, and science of the May 4th Movement in 1949. Several activities are performed all over the country in observance of this day in China such as public gatherings, social practices and ceremonies for the youth, and volunteer activities.