When is Benito Juarez Birthday in 2023? 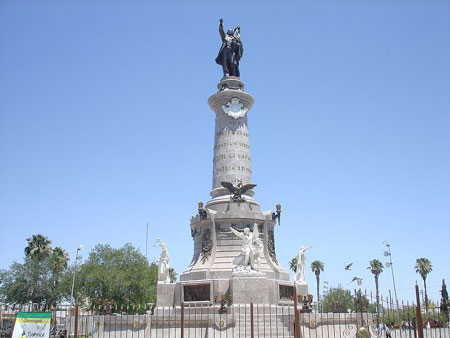 Benito was born in 1806 and it was in 1847 that he came to power as the governor of his province. During this time, there was unrest in Mexico since the people were concerned about loss of Mexico's territory to America. The people of Mexico urged the government to put an end to the internal as well as external conflicts. The Conservatives and Liberals had different ideologies on how to go about reforming the country. While the Conservatives believed in taking help from European forces and the rule of the Church, the Liberals believed on constitutional reforms, brining in changes in education, the power of the church etc. This led to a conflict between the Liberals and the Conservatives, with Conservatives launching an all out attack against the Liberals. The Liberals were jailed by the Conservatives with Anna coming in power in 1853. However, Benito Juarez managed to escape the Conservatives along with a few other countrymen and settled in New Orleans. It was in 1854 that Anna was defeated and a new constitution came into being, which was formed by the Liberals. The new constitution called for educational reforms and called for more state intervention, limiting the powers of the church.

It was during this time that the Catholic Church established a new constitution of its own and thus, Mexico came to have two constitutions. A Civil War took place in Mexico between 1858 and 1861 which led to the reestablishment of the new constitution by the Liberals. After the end of its own civil war, law and order was restored in the country and Benito became the president of the Mexico. It is because of Benito's excessive contribution to the formation of modern Mexico that he is celebrated as a leader and a visionary.

Benito Juarez' Birthday is celebrated as a national holiday in Mexico. Few political functions happen on this day, apart from that not much public celebration can be seen on this day.

List of National and Regional Public Holidays of Mexico in 2022