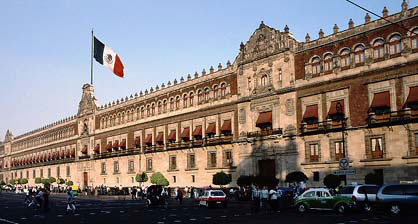 February 5th is the official date when the Mexican constitution was formed in 1917 after signing of a convention by Venustiano Carranza. Up until 2006, the day was celebrated in Mexico on 5th February itself. However, following the new labor law, the day is now celebrated on the first Monday of February, irrespective of the date. The day is celebrated to commemorate the formation of a new Mexican constitution.

The constitution of Mexico has undergone several changes. It was in 1910 that the people of Mexico began getting restless with the old constitution of Mexico which was established in 1857. This led to the Mexican revolution in 1910, resulting in the ouster of General Diaz, who was known to be an oppressive ruler. What followed was a series of fights among the Mexican rulers themselves, resulting in assassination of quite a few political leaders.

It was in 1913 that Pancho Villa formed a huge army which fought inside forces on the side of those in favor of a new constitution, namely Venustiano Carranza. After a long struggle, Pancho Villa was successful in ousting the rebellion forces and Venustiano Carranza was sworn to presidency. It was in 1917 that Carranza signed an important convention which resulted in the formation of the new constitution. The new Mexican constitution laid emphasis on land reforms and fair land distribution among the poor. The constitution is in effect till date.

The day is one of the major public holidays in Mexico. All the offices, schools and most businesses are closed on this day. The day is celebrated with grand parades across the nation, much like the celebration of Constitution Day in other parts of the world.

A lot of music concerts and other festivities are also arranged on this day, and people can be seen enjoying the day with great pride and honor. Sale of liquor is banned 3 days prior to the day up until the day itself. Exchanging of gifts and pleasantries is also not uncommon on this day, as this is one of the most important festivals in the country.

List of National and Regional Public Holidays of Mexico in 2022