When is National Day in Singapore in 2022? 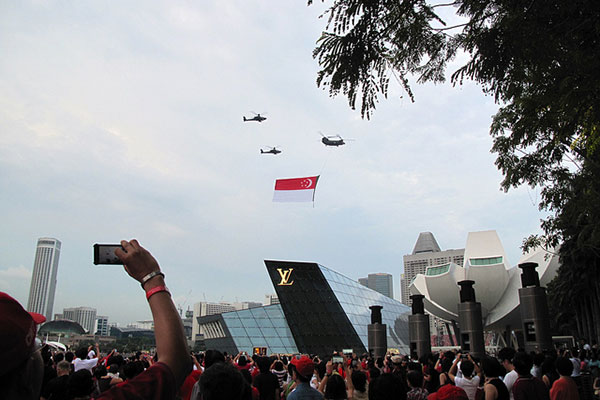 The National Day in Singapore is celebrated with a grand parade in the Padang (Singapore National Stadium) with amazing live performances, music and fireworks. This Parade has become the biggest national event in Singapore. On this day many political leaders appear at the public events and talk about the nation's heritage, laws, history, people, about recent events and future projects.

The National Day is considered as a Public Day with outings, picnics and lots of outdoor events like parades, air shows, fireworks and musical concerts. Parades generally occur in the morning and the fireworks occur in the evening. The Singaporeans dress themselves up in the patriotic colors like red and white. The National Day fireworks are usually accompanied with the patriotic songs like "'Stand up for Singapore", "Count on me Singapore" etc.

Singaporeans proudly fly their Flag, sing songs and enjoy the day with their friends and families.

List of National and Regional Public Holidays of Singapore in 2022