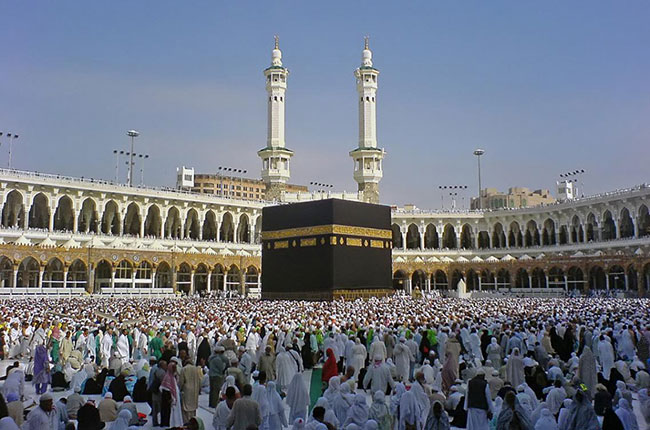 Hari Raya Haji is celebrated on the 10th day of the last month of the Islamic Calendar. The day is celebrated to commemorate the sacrifice of Ishamel by Abraham.

According to the story in Quran, the religious book of the Muslims, Prophet Abraham was tested by God. According to the story, about 4,000 years ago, the valley of Mecca was an uninhabited place. After years of worship, Abraham and Hajra, his wife, were blessed with a son, whom they names Ishamel. Thus, Ishamel became their most prized possession. In order to test the devotion of Abraham, God decided to command Abraham to sacrifice his one and only son Abraham. After much deliberation and many hindrances out forward by Satan, Abraham decided to sacrifice his son by placing him under the knife. However, just before he was about to sacrifice his son, God appeared, happy with Abraham's intentions. Thus, Ishamel was saved from sacrifice and instead, a ram was sacrificed in his place.

This festival is a major festival for Muslims around the world. Muslims around the world celebrate this day with great pomp and show. Mosques are decorated with bright lights and other decorations. Muslims wake up early in the morning to offer their prayers before sunrise. After that, extravagant meals are prepared. An important tradition of the day is sacrificing a goat in the name of God. This is done to remember the sacrificial intentions of Abraham towards Allah. The roots of this tradition lie in the fact that a goat or a sheep was very important in the life of humans in the olden days for rearing and other purposes. People of all ages wear new clothes and exchange gifts on this day. The day is a public holiday in most parts of the world. People can be seen burning fire crackers at night and remembering God. Inviting non-Muslim friends and acquaintances is also a common tradition on this day. This is done to make people aware of Muslim culture and traditions. Three important things form a part of Eid celebrations in accordance with the teachings of Prophet Muhammad- offer prayer before sunrise, dress up in the best clothes available and observe general cleanliness.

List of National and Regional Public Holidays of Malaysia in 2023