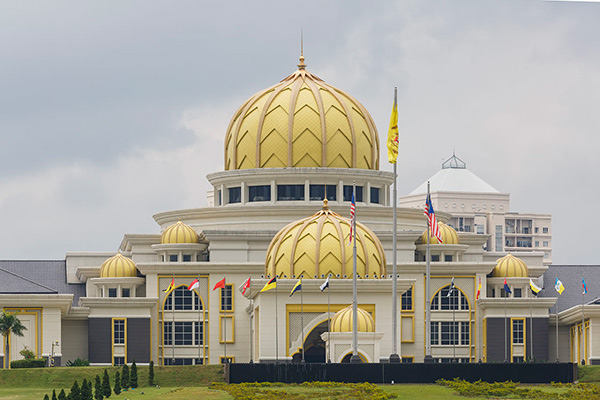 In Malaysia, the king is known as Yang di-Pertuan Agong. The name literally means He who was made by God. Every year, the people of Malaysia show respect to their head of state by observing the King’s birthday as a public holiday. In the recent past, the celebrations have been held on the first Saturday in the month of June. In July 2018, the king of Malaysia, however, announced the celebration change to September 9th.

The Malaysian system of governance is based on parliamentary democracy and constitutional monarchy. The king heads the monarch and the state of Malaysia. The office was established in 1957 after the Federation of Malaya (present Malaysia) gained self-government from the British colony. The king is also the commander in chief of all the Malaysian armed forces.

The Malaysian parliament is made up of three bodies. These are Yang di-Pertuan Agong, the Senate (Dewan Negara) and the House of Representatives (Dewan Rakyat).

The position of the Yang di-Pertuan Agong is not hereditary. According to the Malaysian constitution, the king is elected and appointed by the Conference of Rulers for a five-year term. The Conference of Rulers consists typically of state rulers whose primary responsibility is to deal with matters of national policy.

Although Agong’s birthday is celebrated across Malaysia, the largest celebration is held in Istana Negara, Kuala Lumpur. Here, a grand ceremony to honor Yang di-Pertuan Agong takes places with the royal family, diplomatic corps and government representatives in attendance.

The ceremony is formal, and medals are awarded to citizens who have performed outstanding deeds of heroism and extreme kindness throughout the year. All the proceedings are usually broadcasted live on TV.

In the morning of his birthday, Yang di-Pertuan Agong also gives a speech to the people of Malaysia from the throne room of the palace. The Agong usually addresses a variety of issues among them politics, challenges the country is facing as well as the global crisis.

The most remarkable event that happens during Agong’s Birthday is the Trooping the Colour parade. This event is usually a massive military parade at the Merdeka Square. The military band, aircraft, infantry, vehicles and all levels of military give honor to the Agong. After the ceremony, the king leads the nation in Islamic prayers before heading for a luncheon with other honored guests in attendance.

How to Celebrate Agong's Birthday

The best way to mark the day is by attending the grand Agong’s birthday in Kuala Lumpur. However, if you can’t attend the celebrations in person, then you can relax at home and watch all the proceedings live on TV.

Another way to celebrate this day is by watching a patriotic film. Join friends and family and watch anything from Merdeka to documentaries that narrate the history of Malaysia.

You can also spend the day visiting heritage landmarks around the country. Join a friend and beef up on the Malaysian history. Visit the National Museum, the Sultan Abdul Samad buildings, the Cultural Village in Sarawak and the Blue Mansion in Penang.

Interesting Facts about the Malaysian Governance

• Malaysia has nine sultans who head the states of Malaysia.

• The king of Malaysia is commonly dressed as a Sultan.

• Sultan Muhamad V is the youngest ever Yang di-Pertuan Agong. He became king at 41 after succeeding his father, Sultan Ismail Petra.

• If Yang di-Pertuan Agong is charged with an offense and gets imprisoned for more than a day, he stops being a king unless he receives a free pardon.

List of National and Regional Public Holidays of Malaysia in 2022