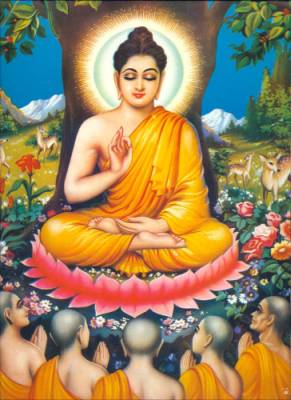 Vesak Day also known as Wesak Day/ Buddha Purnima/ Buddha's Birthday is a major Buddhist festival celebrated by all the Buddhists throughout the world, with great ceremonial rituals. This day actually memorializes the birth, enlightenment (nirvana) and passing away (Parinirvana) of the Lord Gautama Buddha on one day.

Vesak Day date varies every year as it follows the lunar calendar. Due to diverse Buddhist cultures around the world, Vesak day is celebrated on different dates by different traditions. In the first Conference of the World Fellowship of Buddhists held in Sri Lanka in 1950, it was decided to celebrate Vesak as the Buddha's birthday. In this conference the Maharaja of Nepal requested all the countries having Buddhist population, to make the first full-moon day of May a Public Holiday name Vesak in honor of the Buddha, the Lord of peace and harmony. In China and Hong Kong Buddha's birthday is celebrated on the eighth of the fourth month in the Chinese lunar calendar.

On Vesak Day the Buddhist temples are decorated with flags and flowers. The devotees are expected to assemble in temples before dawn. The ceremonial rituals like hoisting the Buddhist flag and the bathing of the Lord Buddha are done. The monks chant the hymns of the holy triple gem: The Buddha, The Dharma (his teachings) and The Sangha (his disciples). In evening, various candlelit processions are organized in the streets.

Lord Buddha mentioned the only way to pay homage to Him by truly and sincerely following his teachings. So the sole aim of Vesak is to practice love, peace and harmony. On Vesak people generally perform noble deeds like making donations to charity, organize blood donation camps, distribute gifts and food to poor and needy, release the captured animals, take vegetarian food etc.

List of National and Regional Public Holidays of Singapore in 2023