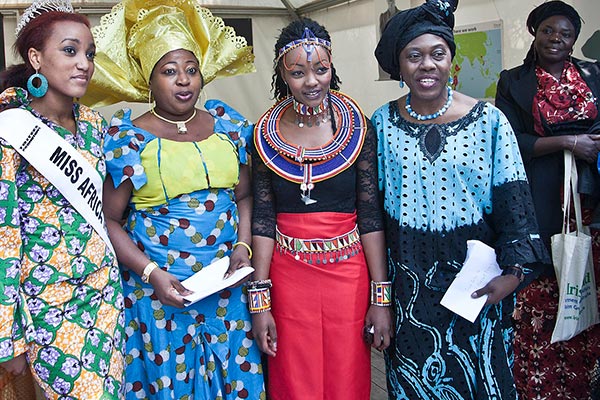 Africa Day commemorates the day African Union, formerly known as Organization of African Unity, was formed. Also known as African Freedom Day or African Liberation Day, this holiday is observed on 25th May every year. The day is celebrated in the US, UK, and African countries. Africa Day is also a public holiday in nine African countries that include Angola, Mauritania, Gambia, Ghana, Zambia, Namibia, Mali, Zimbabwe, Equatorial Guinea, and Lesotho. The rest of the African countries observe the holiday but not as a day off for employees.

Africa Freedom Day was created during the first conference of independent African countries held in Ghana. The meeting which was held on April 15, 1958, was attended by leaders and political activists from the various independent nations. Being the first Pan African conference in the continent, eight countries honored the invitation, among them Egypt, Ethiopia, Ghana, Liberia, Sudan, Morocco, Libya, Tunisia, and Cameroon.

The purpose of the conference was to symbolize the African determination to free itself from the foreign domination and exploitation.

Between 1958 and 1963, the struggle for freedom intensified and 17 African countries gained independence.

On May 25th, 1963, 31 African leaders met in Addis Ababa for a summit meeting that founded the Organization of African Unity (OAU). The leaders however renamed the holiday from Africa Freedom Day to Africa Liberation Day. The observance date was also changed to May 25th.

By 1963, two-thirds of the African countries had gained independence. The summit aimed to discourage colonization and support the work of freedom fighters in countries that were still in the hands of colonizers such as Angola, Mozambique, South Africa and Southern Rhodesia (Zimbabwe).

In 2002, the OAU was renamed African Union (AU). The change of name was motivated by the increasingly economic rather than political challenges faced by the African continent. The headquarters of AU are located in Addis Ababa while the Pan African Parliament is in Midland, South Africa.

How to Celebrate Africa Day

In the US, the day is marked by symposiums that address political and social issues faced by the American-African communities.

You can mark Africa Day by buying local products. It’s so unfortunate that Africans are extremely obsessed with anything that originates from the West. By buying locally made food, furniture, fashion, skin care products, and artwork, we are helping Africa grow.

Another great way to celebrate Africa Day is by exploring the vast beauty and rich cultural experiences offered by the continent. Africa has many travel destination gems that will blow your mind. From watching the Big Five, the greatest Serengeti wildebeest migration to predominantly indigenous people that have a rich history. So, instead of taking a trip to Paris for the fourth time, discover the Africa continent first.

Most African countries are the third world, and therefore its citizens are poor. Celebrate this day by donating to the needy African families. You can either raise funds for the good course or donate items you no longer use. There is no better fulfillment than to know a needy child somewhere benefited from your generous heart.

• Africa boasts of a population of over 1 billion people. This makes it the second most populous continent with Asia taking the first position

• Islam is the most dominant religion in Africa

• The most widely spoken language in Africa is Arabic

• Interestingly, over one million Chinese citizens live in Africa

• Although Egypt is popularly known for pyramids, Sudan has the highest number of pyramids- 223 in number.

• Before colonization, Africa was made up of over 10,000 states each with a different language and culture