When is Nelson Mandela's Birthday in 2023? 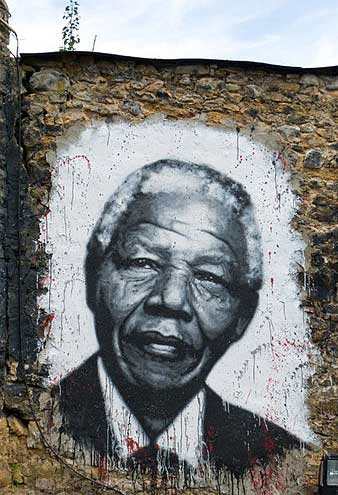 Nelson Mandela is the first black South African president who reigned from 1994 to 1999. Due to his numerous achievements for South Africa and South Africans, Nelson Mandela's Birthday has become an important event on the South African calendar. This is in appreciation and celebration of the great leader in him and is commonly known as Mandela Day.

Nelson Mandela was born in a village named Mvezo of South Africa on 18th July 1918. He received Noble Peace Prize in the year of 1993 for his contribution to make South Africa free and bringing peace in and around Africa.

His 95th Birthday was on July 18, 2013. However, the celebration was in a different mode since he was hospitalized on June 8, 2013. There is call for people to join in a volunteer day initiative to celebrate. The objective is to "take action to help change the world for the better". It is reported that Nelson Mandela has served the community, his country and the world for more than 67 years. Therefore, the people were asked to donate 67 minutes of their time in reflection of this.

Nelson Mandela's Birthday celebration is a message to many people all over the world about this amazing African leader. It also sends a clear message to racists, a message of uniformity and equality for all. It is evident that Nelson Mandela is an icon that will be celebrated throughout the world today and in the days to come.