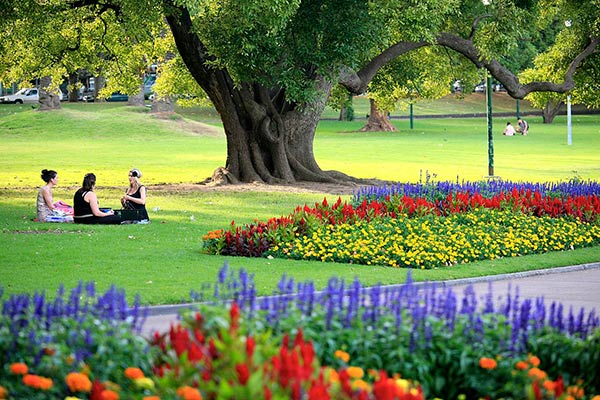 The first Monday of August is Picnic Day for those who live in the Northern Territory of Australia. The public holiday is also known as Daun or Dia International Del Daun. It serves as an extra day of rest after a long weekend full of various events.

The exact origin of this holiday is not known. However, three sources try to explain the history behind Picnic Day. According to one source, Picnic Day was founded to commemorate the freedom of over 3000 Chinese workers. These workers also called coolies were slaves who provided cheap labor during the construction of the North Australian Railway. The railway connected the city of Darwin and Larrimah. When the railway construction was completed in 1889, the Chinese coolies were granted rights to live in Australia as citizens. They also received enough money to travel back to Hong Kong by a steamboat. The Chinese workers were excited to be free, and they went for a picnic at the Adelaide River to celebrate their new status.

The other source argues that the day was created to give the workers who were constructing the North Australian Railway a picnic day to enjoy at the Adelaide River.

The last source claims that the day has its origin from a race meeting that was held in 1947. Following the event's success, the organizers made it an annual event under the name Harts Range races. The organizers then presented a petition to the Northern Territory administration that pleaded for a holiday that would coincide with the dates of the Harts

Range Races. The administration gave in to their pleas and the day was renamed the Northern Territory Picnic Day.

Today, the first Monday of August is an official public holiday celebrated by all the residents of the Northern Territory.

How to Celebrate Picnic Day

Picnic Day is part of a long weekend holiday and therefore comes with plenty of activities to engage in.

You can plan for a short holiday with your family outside the town or just relax at home. Better still, go on a picnic lunch at a park and have fun spending quality time with your family. Another idea would be to attend the sporting events that could be happening in your area. This can include baseball, football, and netball games.

Picnic Day is also a perfect time to visit the Adelaide River and participate in the railway heritage picnic activities organized for this day. Adelaide town is about 114km south of Darwin. Some of the activities that take place during the traditional railway picnic event include tug-of-war, egg and spoon races, the sack and three-legged races among other exciting activities you would not want to miss. Traditional food and refreshments are also served during the event.

Picnic Day celebrates the beauty of the Northern Territory and its rugged and inspiring landscapes. From the pod-like domes of Kata Tjuta, the ancient Uluru rocks to the Cliffs of Watarrka National Park.

Picnic Day also gives us an opportunity to celebrate the rural side of life with the Harts Range Bush races. The event is very popular, and that explains why it has been in existence for over 70 years now.

If you love to barbecue with friends, then celebrating Picnic Day will give you an excuse to enjoy your favorite treat. It means you can invite friends, set up a campfire and grill your meat as you dance to soothing music.

Interesting Facts about the Northern Territory

• The capital of Northern Territory is Darwin

• The Northern Territory’s coastline is over 13,500km long.

• Other than English, the top five languages spoken in the region are indigenous Australian languages, Filipino, Greek, Malayalam, and Mandarin

• 51.7 percent of the people living in Northern Territory are male while 48.3 are female

• The total population of the Northern Territory is about 245,000

• The famous Uluru rock is millions of years old and stands about 348 meters high.

List of National and Regional Public Holidays of Australia in 2022