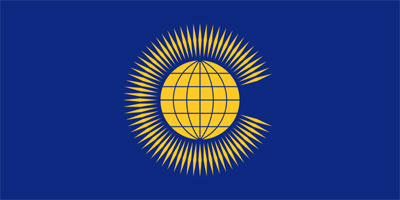 Commonwealth Day was marked for the first time as "Empire Day" on the last school day before Queen Victoria's birthday, 24th May, in 1898. In 1904 it was introduced in the UK and the other members of the erstwhile British Empire, and in 1958 it was renamed Commonwealth Day. It began as an opportunity for people to show pride in being the Queen's people, i.e. allegiance to the British Empire, and continued as a celebration of the new post-colonial relationship shared between Britain and its former colonies. It was often conflated with Victoria Day, which was a commemoration of the monarch's life marked with bonfires and fireworks. It was finally instituted as a Commonwealth-wide holiday in 1976, based on a recommendation by the Royal Commonwealth Society's National Council in Canada. The second Monday in March was chosen as a day with no existing historical connotations.

While Commonwealth Day is not a public holiday, the Canadian federal government orders government installations worldwide, such as federal buildings, airports, military bases etc. to fly the Royal Union Flag alongside Canada's own flag on this day. There is a multi-faith service at Westminster Abbey, usually where the Queen delivers an address to Commonwealth which is broadcast throughout the world. In Canada, the Prime Minister and other ministers make statements as well. Minister of Citizenship, Immigration and Multiculturalism, Jason Kenney noted in 2012, "Our historical Commonwealth ties have provided Canada with many of the fundamental values that are at the foundation of our society, such as freedom, democracy, and the rule of law." The Prime Minister called it an "opportunity to celebrate the strong bonds of cooperation and friendship that exist among the 54 countries that form the Commonwealth." 2012 has special significance since it is also the 60th anniversary of Queen Elizabeth II's rule. Apart from governmental observances however, it is not a widely celebrated holiday, though sometimes there are receptions and exhibitions held in the honor of the Commonwealth.

Certain other countries like the UK, Australia, Belize and the Bahamas also celebrate Commonwealth Day with special programs, assemblies and flag-raising ceremonies in schools. Overall, the day is observed to mark the contribution of the Commonwealth of Nations to the creation of a harmonious global environment

List of National and Regional Public Holidays of Canada in 2022