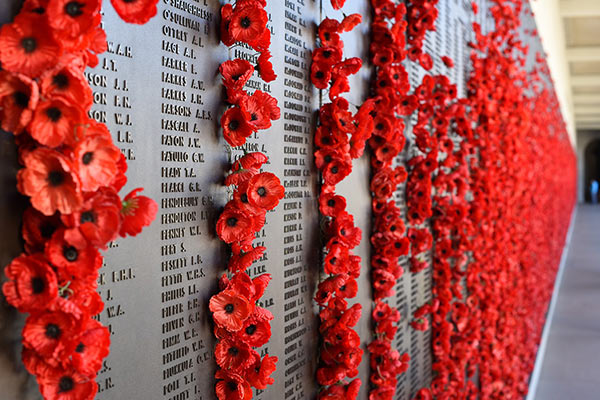 Otherwise known as Poppy Day or Armistice, Remembrance Day is a public holiday in Canada observed on 11th November every year. Remembrance Day aims at honoring the Canadian armed forces that have died in the line of duty. Although the holiday has vital significance to Canadians, the provinces of Ontario, Nova Scotia, Quebec, and Manitoba do not recognize it as a statutory holiday. In fact, employers in these provinces are not mandated by law to give an off day to their employees.

Remembrance Day commemorates the date when the Canadian armies stopped fighting in the World War I at 11 am on November 11, 1918. The war came to an end after the signing of a peace agreement between the Allies and the Germans. World War I was a huge conflict that played out mainly in Europe where the Canadian troops went to support the Allied forces.

The war resulted in the loss of over 100000 Canadian soldiers. Many more civilians and military personnel were injured. The war left deep emotional scars on those who experienced and also those who lost their loved ones. Remembrance Day in Canada, therefore, aims at honoring those who died during the World War I and other armed conflicts later on. Remembrance Day is also celebrated by other Commonwealth countries like Australia, New Zealand, and the UK. The United States celebrates the day as Veterans Day and falls on the same day as Remembrance Day in Canada

The Symbol of Remembrance Day

The primary symbol of Remembrance Day is poppies. Poppies grew well in Flanders, Belgium where the battle took place. Their petals which are red, remind us of the blood lost in the battlefields. That explains why people wear artificial poppies and place them as wreaths at the war memorials. However, some people choose to wear white poppies to signify a campaign for non-military interventions during war conflicts.

Another symbol of Remembrance Day is the war memorials. These commemorate the members of the community who died in the military action.

How to Celebrate Remembrance Day

Members of the public are also allowed to lay poppies and letters on the graves. One grave that often receives much attention is that of a Canadian soldier who died in the World War I only for his remains to be unearthed in France in 2000. Since he was never identified, he was buried in the Tomb of the Unknown Soldier.

On this day, you can wear artificial poppies on your clothing to symbolize your honor for the military officers who died in the line of duty.

You can also attend special church services where there are organized activities such as the playing of The Last Post which is usually a reading of the fourth verse of the Ode of Remembrance. Another tradition entails leaving whatever you are doing and observing a two minutes silence at 11 am to honor the dead heroes.

Why is Remembrance Day Important?

Remembrance Day marks the end of World War I after the peace agreement was signed between the Allies and Germany on the eleventh hour of the eleventh day of the eleventh month in Compiegne, France. After the signing of Armistice, several other countries adopted the day as a holiday to celebrate their fallen soldiers.

Remembrance Day also gives a chance to friends and family who lost their loved ones an opportunity to honor them.

• To date, over 1.5 million Canadian soldiers have served in the Canadian military service

• Initially, the holiday was called Armistice Day and aimed at commemorating the peace agreement at Compiegne, France

• From 1919 and 1931, the holiday was called Thanksgiving Day and was celebrated on the Monday of the week in which 11th November fell in. The holiday was renamed as Remembrance Day in 1931, and the date of celebration officially declared as November 11th.

• Other nations that are not members of Commonwealth also celebrate Remembrance Day. Such include Poland, Belgium, and France.