When is Independence Day of Indonesia in 2023? 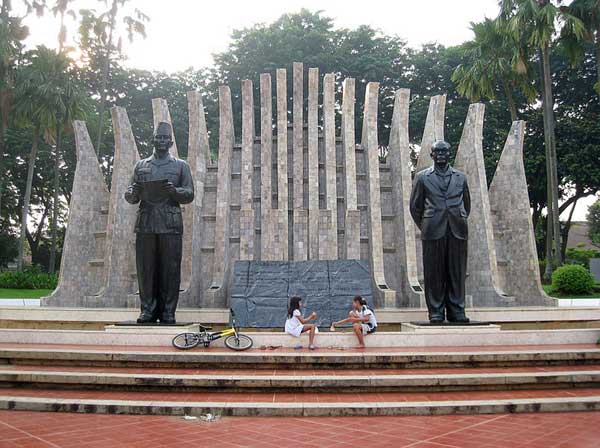 Independence Day of Indonesia is a day that marks when Indonesia was declared Independent from the Netherlands. This day is filled with festivities and celebrations. Despite the fact that Indonesia declared its independence from the Dutch Government on August 17, 1945, it wasn't until 2005 that the Dutch accepted this date as the official date for Indonesia's independence.

Preparations for the Independence Day begin way in advance before festivities begin. There are decorations hung all throughout the city with the President's palace buildings decorated in red and white. Groups of people arrange for community service activities where residential areas are cleaned up. Neighborhood associations coordinate special activities for the children and even request for sponsorship for prizes for the children. The people are required to hoist flags on their residence for a certain period of time. The president then addresses the nation on the eve of Independence Day. There are a lot of commemorations on local TV channels showing the struggle for independence.

On Independence Day, celebrations begin with a flag hoisting ceremony at the president's palace. This is accompanied by high school students chosen from across the country displaying a colorful show and the public is able to enjoy various fun activities and contests. On the Sunday after Independence Day, the government holds a parade of marching bands. Foreigners are welcomed by most Indonesian people and are able to participate through sponsoring children's activities or helping to fund other types of activities. On August 17, 2012, Indonesia celebrated its 67th anniversary. This event saw various villages, towns and cities preparing for what looked like the biggest celebration of Independence Day that Indonesia has ever seen.

It is believed that even Indonesians in other nations don't miss out on this important day of celebration. A unique thing about the celebration of this day in Indonesia is that all ceremonies are conducted simultaneously in all regions, from schools to official government offices, including the ceremony presided over by the president and attended by different groups, officials, army, veterans, and members of the public.

The celebration of Independence Day is of great significance to the people and history of Indonesia. It is a huge event for the people of Indonesia marking the declaration of Indonesia as free nation from the foreign rule. It was the day that the Indonesian flag was unveiled. The flag is of great importance to the country and its citizens with its red color showing courage and white purity. The flag is flown with the greatest honor and utmost respect as a sign of patriotism and true nationalism. Independence Day is not only done on land but also on sea and in air to show that the land, sea and air of the Nation no longer belongs to the colonial rule but belongs to Indonesia and its citizens.

List of National and Regional Public Holidays of Indonesia in 2022