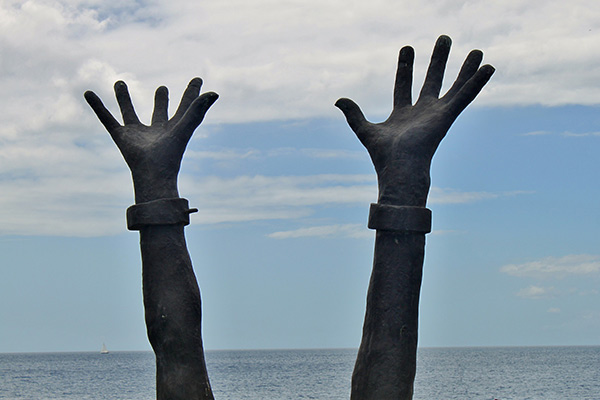 Texas, the state in the south-central region of the United States, is the second-largest in area and population. It would be ranked the 39th largest in the globe. Texas' economy is the second greatest in the USA, with most of its wealth emanating from agriculture, tourism, mining, and energy production. The state is a hot tourist destination for notable attractions such as Alamo and River Walk in San Antonio, the six flags amusement park, the space center in Houston, among other destinations.

What is Emancipation Day

Slavery dates back to the 16th century when the African slaves were brought to the USA by the Spanish explorers. For over a century the slavery continued until President Abraham Lincoln made the Emancipation Proclamation on January 1, 1863. At that time, Texas was still under the control of the forces fighting for the Confederate States. After the civil war ended, the troops arrived in Galveston and were disappointed to hear that the proclamation had not yet been effected. The troops' leader, General Gordon Granger, immediately announced the emancipation from the balcony of the confederate Army headquarters. It is at that time, 250000 slaves were released by their owners. However, some chose to continue working but as paid laborers.

When is Emancipation Day in Texas?

Emancipation Day, also referred to as Juneteenth coming from the words June 19, is celebrated on June 19 every year. The day coincided with the date in 1865 when General Gordon made the announcement abolishing slavery in Texas.

Is Emancipation Day a public day in Texas?

Emancipation Day is a state holiday in Texas and a day off to the general population.

What is open or closed on Emancipation Day in Texas?

Banks, post offices, schools, most organizations, and businesses remain closed. Some stores may, however, open or have restricted opening hours. Many public transit services run as usual, but there is likely to be traffic disruption around the towns organizing public events.

Things to do on Emancipation Day in Texas

Emancipation Day is considered second America's Independence Day and the longest-running African American holiday. Various activities are organized throughout Texas to commemorate the abolishing of slavery in the state. Some former slaves, along with their descendants, sometimes make a pilgrimage to Galveston. A reenactment of what happened in 1865 is repeated at Galveston, and the emancipation proclamation is read publicly and crowned with African American folk songs. The Juneteenth flag is also hoisted and displayed with the US flag as a symbol of the fact that slavery is illegal.

You can also spend time with family and friends. Wear your best clothes and indulge in large feasts, barbeques, outdoor cookouts, park parties, rodeos, street fairs, and even picnics. It is a good opportunity to indulge in African American delicacies and the big red soda, which is a Juneteenth traditional drink.

You can take this opportunity to learn more about the slave trade and its repercussions. Educational institutions often hold lectures and exhibitions aimed at teaching African American heritage and culture. The fun part is that you might go home with free Emancipation Day t-shirts, mugs, bags, and other gifts.