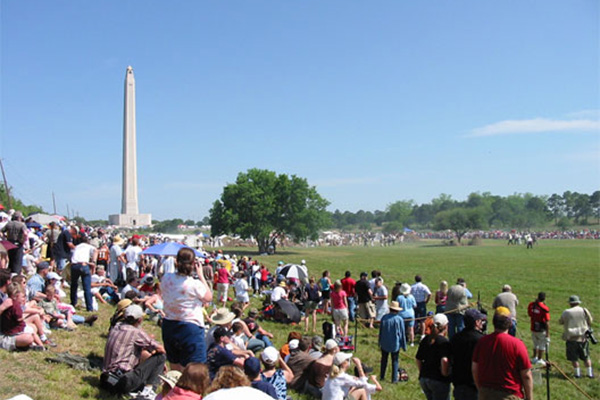 Every year, Texans celebrate San Jacinto Day with great pride. It is a day that commemorates the battle of San Jacinto back in 1836. The battle between the Texan army and the Mexican army only took 18 minutes but was a turning point for Texas independence from Mexico.

What is the history of San Jacinto Day?

In the mid-19th century, Texas was part of Mexico, which had just escaped from the Spanish rule. However, Texans were discounted with the policies of the then Mexican President Santa Ana, who had apparently promised federalism but failed to deliver. American immigrants in Texas wanted slavery to continue, but Mexico had outlawed it already. In 1985, Texas was declared an independent state, but Santa Ana traveled to Texas to bring the uprising down. Led by General Sam Houston, the Texan Army attacked and defeated the Mexican army losing over 600 men. Santa Anna was also captured, and in exchange for his freedom, he signed a treaty to recognize Texas independence.

When is San Jacinto Day?

San Jacinto Day is observed every year on April 21st. The date coincides with the day the battle between the Texan army and the Mexican army took place. If the day falls on a weekend, the holiday is not moved to any other weekday.

San Jacinto Day is a state holiday in Texas and a day off to the general population. However, the holiday is a partial staffing holiday requiring all state offices to remain open.

What is open or closed on San Jacinto Day?

San Jacinto Day being a day off in Texas, most organizations, businesses, and schools remain closed, but the state offices are open. The public transit services are also affected, and it would be important to check the timetable with the local transport authorities, especially if you intend to travel.

Things to do on San Jacinto Day

The most impressive celebration that you don’t want to miss is the reenactment ceremony held at the very spot the battle took place. The ceremony takes place at San Jacinto Battleground State Historic site and features various activities such as pyrotechnics, canons, and costumes. There might also be family entertainment and festivals to celebrate the Texan culture, nature, and history.

You could also visit the San Jacinto Monument. The monument, one of the tallest masonries in the world, stands at over 12 feet. Built with limestone back in 1936, the statue is indeed a beauty to behold.

San Jacinto Day is a time to fly the Texan flag popularly known as the lone star flag. You can twist it and decorate it in parties, picnics, and even a barbeque at home with friends. Don’t forget to light some fireworks to mark this important day.