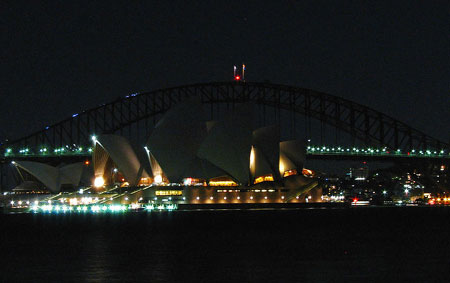 The Earth Hour is celebrated on the last Saturday of March every year. It is observed from 20:30 to 21:30 hour local time of each place. The day is observed in order to conserve energy and draw the world's attention to the cause of environmental degradation.

It all started in 2007, with the first ever Earth Hour organized by the World Wide Fund (WWF) for Nature in Sydney. The hour saw as many as 2.2 million residents of Sydney switch off the lights of their homes and offices in order to pledge their support to saving the environment. The trend soon caught on and several other countries participated across the globe in this initiative, which is organized by WWF each year. At present, there are about 152 countries which actively observe the hour each year.

The concept of Earth Hour is based upon conserving energy, and hence, opting for a sustainable future. Experts around the world believe that excessive energy consumption is one of the primary causes of global warming that is being experienced around the world. Thus, by switching off non-essential lights for an hour, people not only aim to conserve energy but also bring awareness about the deteriorating environment around us.

The Earth hour is one of the most recent initiatives on a global scale, but has been the most popular out of all such initiatives such as World Water Day etc. The participation in the event is voluntary. According to the local time, homes and offices switch off their lights from 20:30 hrs to 21:30 hrs in order to pledge their support for the cause. The switching off of lights is not confined to homes and offices only though.

Important landmarks around the world as well as important government institutions also switch off their lights in order to pledge the support of a country to the cause of environmental awareness. Some iconic landmarks which observe the hour are the Sydney Harbor Bridge, Eiffel Tower and several other monuments and structures of international significance.

WWF, the organizer of the event annually, came up with the idea in order to have people actively participate in working for the environment. The larger cause behind the concept is to adopt healthier and more sustainable ways of living. Thus, if you are pledging your support to the cause of the environment, you shouldn't limit such practices to an hour every year only.

The event has been largely followed across the globe by people of different nationalities. However, there are some detractors of the event as well. According to some people, the event actually contributed to global warming. Their argument is that when people switch off their lights, they inevitably use candles instead. Since the event happens on a global scale, there is far more energy consumed than it is saved, which actually contributes to global warming. Despite the detractors, the event has actually been successful in raising awareness among people to the plight of the environment.