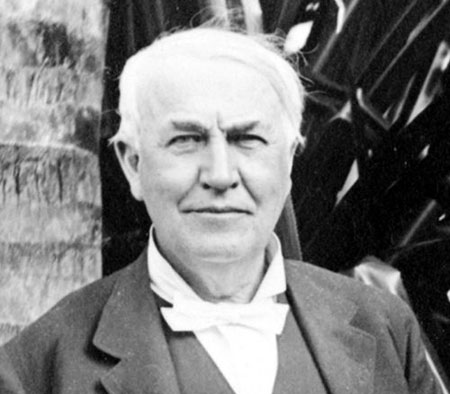 As the name suggests, Inventors' Day is a day to celebrate the contributions of all geniuses and their contributions in making our lives easier. Imagine, where we would be if someone hadn't invented the light-bulb, the camera, or even the computer for that matter. So a special day indeed to thank some greats for their courage to think beyond their times, to give us the lives we lead today.

Inventors Day is not celebrated in all the countries of the world at present. But the countries which do celebrate, observe the occasion of varying days of the year. In Argentina 29th September, the birthday of Laszlo Jozsef Biro, the inventor of the ball-point is generally celebrated as Inventors Day. The day also known as Dia del Inventor in Spanish has been a trend in Argentina since 1986. Similarly the German-speaking countries of Germany, Austria and Switzerland have deemed 9th November the birthday of Hedy Lamarr, actress and inventor as its official Inventors Day. The Hollywood actress is credited with the invention of the frequency-hopped spread spectrum in 1942. The day was proposed by Berliner Gerhard Muthenthaler, an inventor and entrepreneur.

In Hungary 13th June the birthday of Albert Szent-Gyorgyi (Magyar Feltalalok Napja) is deemed as the national Inventor Day. A Nobel laureate for his contributions in Physiology and medicine he registered his national patent on the synthesized Vitamin C in 1941 and the day is thus celebrated by the Association of Hungarian Inventors (MAFE) since 2009. The Republic of Moldova has been instituting the national Inventor Day since the end of June, 1995. The day is also recognized as Rationalizers' Day. The Thai cabinet chose 2nd February 1993 as its national Inventors Day after the allocation of a patent for a slow speed surfer aerator was on the same day by His Majesty King Bhumibol Adulyadej. The United States of America has quite logically chosen Thomas Alva Edison's birthday on the 11th of February as the National Inventors Day.

The day is not only designed to recall and honor great and in-comparable men who by virtue of their intellectual bravado and the courage to challenge limits gave us an easier life. But the day is also commemorated to instill the spirit of enquiry and the will to question among future generations, and to encourage them to work on the inspiration of their gifted forefathers to make the road ahead brighter and more successful.

Thus the Inventor Day is not just to respect and pay homage to the great which are passed away, but rather to be aware and to awaken to the greatness in each one of us and to realize that we all have the capability if only we have the courage to test it out.