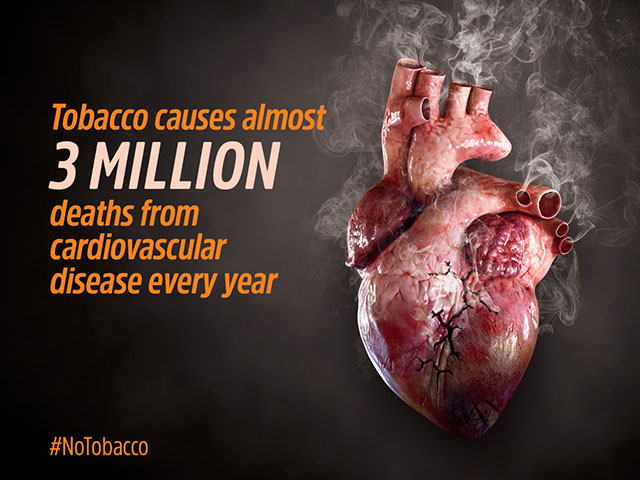 Currently every year a total of around 6 million people worldwide, are succumbed to death due to tobacco. In a bid to inculcate awareness among people to the bane of the substance the World Health Organization (WHO) observes a 24hour day of self-restraint from Tobacco on the 31st of May each year. First stipulated in the year 1987 the World No Tobacco Day (WNTD) was an initiative of all the member states of the WHO following the Resolution WHA42.19 passed by the World Health Assembly in 1988. The goal was to encourage tobacco users worldwide to refrain from using tobacco products for 24 hours, a step they hoped would provide assistance for those trying to quit.

Each year the WHO selects a theme for the World No Tobacco Day to engage a world of inspirational thought to convey its deeply humanitarian message. This theme then becomes WHOs fundamental element of the tobacco-related agenda for the year to follow. The WHO theme for 2012 No Tobacco Day is "tobacco industry interference" which seeks to highlight and counter the tobacco industry's brazen attempts to undermine the WHO initiative against a life-threatening drug. To facilitate the spread of the agenda the WHO invests in the creation and distribution of publicity materials related to the theme, including brochures, fliers, posters, websites, and press releases.

In many of the WNTD theme titles such as "Tobacco kills, Don't be Duped" (2000) and "Tobacco: deadly in any form or disguise" (2006) reflects that individuals may be mislead, confused or even misinformed about the true hazards of consuming tobacco; the rationale for the 2000 and 2008 WNTD themes identify the marketing strategies and the illusions created by the tobacco industry as the chief fodder for this confusion .The WHO's World No Tobacco Day initiative indicates an alternate understanding of the facts, as felt from a global public health perspective. World No Tobacco Day celebrations provide an official interpretation of the most recent tobacco-related research and statistics to provide a common ground, which can formulate anti-tobacco arguments around the world.