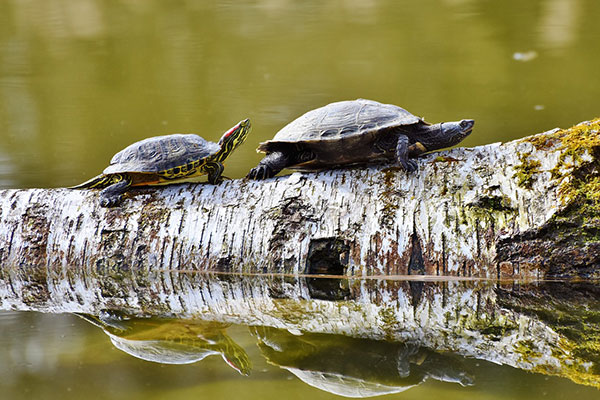 Turtle is a reptile that is common in almost all parts of the world. It has given a lot of people joy as a pet and as a marine animal. One of their observable characteristics is their encased bony shell. The reptile can be found in the sea and at times in freshwater bodies. World Turtle's Day has been celebrated on May 23rd every year since 1990. This celebration aims to bring awareness and enlighten people on the importance of the turtle. Due to their dwindling numbers, turtles have become rare to spot in the wild making their population as a species critically endangered.

History of the World Turtle Day

It is essential to know that on this day you get to celebrate the turtles and the tortoise roles on earth.

The American Tortoise Rescue organization created the holiday in 1990. Due to the global awareness of these endangered species, the World Turtle's Day observed the rapid decrease in turtles in the wild due to environmental hazards, hunting, falling prey, and in recent observations harvesting of their eggs that has pushed the species to near extinction.

The founders are Mashall Thompson and Susan Tellem. These are dedicated animal activists who devoted their resources to saving and ensuring the species does not become extinct. Before the Turtle day, the pair organized charities and events around the world, all aimed at safeguarding these beautiful reptiles. There was little anyone could have done before the creation of the World Turtle Day.

How to celebrate World Turtle Day

You celebrate Turtle day differently depending on which part of the world you're in. If you want to participate in the Turtle Day celebrations, you need to get in contact with the American Tortoise Rescue foundation. The foundation will guide you on the different ways you could aid in the protection of the turtles. The common events include getting a link to the local aquarium, nature groups and pet stores that are around your area.

Most of the celebrations are done outdoors where you join other people in turtle-like attires and walk around the streets. There are flares, cars sticker, and slogans with awareness messages all around the cities that you can buy in support of the movement. Those who live in regions with no animal's shelters or interest in the events are advised to educating the public at the beach. You can also join initiatives that go to schools to teach the students on the importance of these marine creatures; this is perhaps the most important of all activities and events that occur on the World Turtle Day.