When is World Down Syndrome Day in 2023? 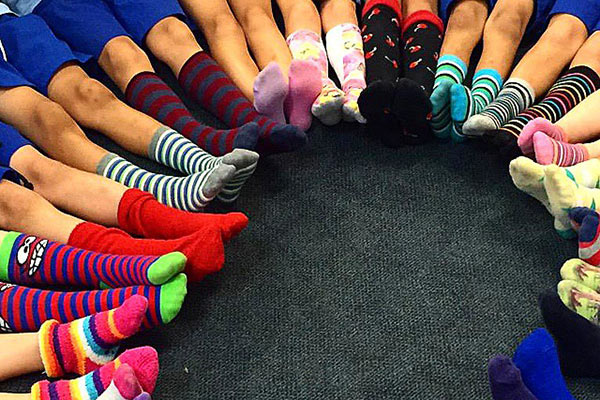 What Is Down syndrome?

Of all chromosomal disorders, down syndrome is the most prevalent in human beings. Usually, this genetic abnormality occurs when extra genetic material from chromosome 21 gets transferred to an embryo that is newly forming. Those additional genes result in changes to the developing embryo or fetus, and this brings about physical and mental abnormalities once the baby is born. According to statistics by the Centers for Disease Control and Prevention, about one in every 700 babies in the US is born with Down syndrome.

History of World Down Syndrome Day

Down syndrome has been in existence throughout history. Many infants born with this disability were either killed or abandoned in ancient times.

However, it was not classified as a mental disability until 1862 when Physician John Langdon Down did so. Down published his scholarly work in 1866, giving an accurate description of someone with Down syndrome. For this reason, he not only earned the title ‘the father of down syndrome’ but his name was used to recognize the mental disability.

In the 20th century, doctors put more effort to understand this condition, and after many years, Down syndrome was recognized as a form of mental disability.

After the Second World War, several advocacy groups came up fighting for the inclusion of Down syndrome people to the regular school system.

In 1990, the French Association for Research on Trisomy 21 (AFRT) was created to support research and medical advances in the field of Down syndrome.

In 2007, the World Health Organization acknowledged March 21st as the official World Down Syndrome Day. The UN followed suit in 2011 by supporting WHO’s acknowledgment. In December 2011, the UN issued Resolution 66/149 and officially declared March 21st as the World Down Syndrome Day. Since then, the day has been formally celebrated every year globally.

How to Celebrate World Down Syndrome Day

Parents and children living with this condition often feel isolated due to financial constraints and social misconceptions about Down syndrome. It is, therefore, an excellent gesture to visit someone who could be living with Down syndrome and spend time with them. You can also buy World Down Syndrome Day merchandise like branded t-shirts, mugs, posters, and other artifacts since the proceedings are meant to support people living with this mental disability.

You can celebrate this day by attending one of the events organized by the Down syndrome organization in your local area. These events are full of fun activities, concerts run, and conferences meant to educate the general public about the Down syndrome disability.

Be sure to raise awareness among your friends and family members who might not be aware of the World Down Syndrome Day. You can do this by expression of mouth or just sharing your thoughts on social media via the hashtag #WorldDownSyndromeDay.

Is it Down or Down’s Syndrome?

Down Syndrome is the correct name. Physician John Langdon Down gave a vivid description of the mental condition though he did not have it. Therefore, naming the illness, Down’s syndrome could connote a condition that John had, which is not the case.

What Is Odd Socks Day?

People often wear unmatched World Down Syndrome Day socks. Sometimes, they wear odd ribbons or wristbands. It is a light-hearted approach meant to reduce stigma on patients with mental illness. This is because anyone can have a weird and confused day.