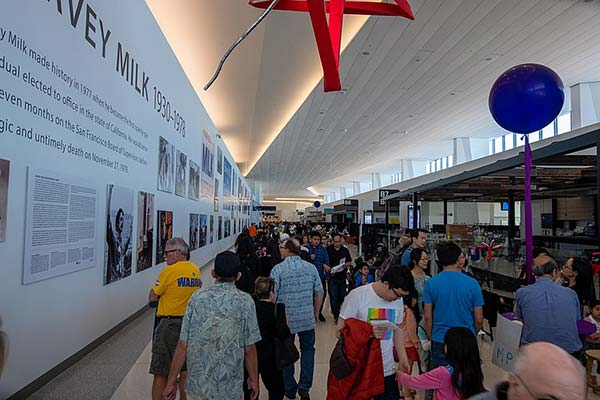 Food and Agriculture Organization (FAO) established World Milk Day in 2001. The holiday is observed in all UN member countries on June 1st every year. The primary motive of World Milk Day is to bring the attention of the dairy sector and recognize the benefits of milk as a global food. World Milk Day should however not be confused with National Milk Day observed on January 11 in the United States.

World Milk Day serves as a platform to provide opportunities that focus attention on dairy products as part of a healthy diet and one that supports livelihood and communities. According to FAO statistics, more than six billion people consume dairy products every day. This proves that the dairy sector sustains billions of lives.

Despite the overwhelming support and the impact of dairy products on livelihood, some individuals and organizations continually promote their anti-dairy agendas. According to them, dairy is unhealthy and contributes to animal abuse in the dairy industry. For this reason, another parallel holiday known as World Plant Milk Day has been created. Plant Milk Day aims at advocating for a healthier and environmentally friendly alternative to dairy. Such include coconut milk, almond milk, soy milk, and others.

How to Celebrate World Milk Day

Every year, the FAO organizes World Milk Day activities across UN member countries aimed at increasing awareness about milk benefits. These activities include marathons, family runs, farm visits, school-based activities and a range of events that promote the value of milk and role played by the dairy industry in the national economy. If any such activities are happening in your town, attempt to attend.

Another great way to celebrate the day is by enjoying a glass or two of milk. Whether you choose to take milk from a cow, sheep, goat, camel or even buffalo, the benefits are the same. Milk contains eighteen out of a total of twenty-one nutrients that the body needs daily. Milk also contains calcium that promotes the growth of healthy bones and teeth.

If you don’t want to drink plain milk, cook a meal with it. There are loads of recipes that require milk as a key ingredient. You can make ice cream, smoothies, cakes, coffee, porridge and many more. Research widely and see what to cook.

You can also hold a World Milk Day party and invite friends to attend. You can make the party outgoing by holding a milking contest. The contest involves filling rubber gloves with water and then poking tiny holes on the fingertips. The first person who manages to milk out all the water from the rubber gloves is declared the winner. Other activities can include making milkshakes and moo-ing contests.

Remember to take loads of pictures of your celebration and post them on social media using the hashtag #WorldMilkDay.

Besides calcium, milk is a natural source of vitamins B2, B5 and B12. These nutrients help regenerate energy in our bodies, reduce fatigue and ensure our immune system works as it should. Other vital nutrients in milk include iodine, phosphorous, proteins and potassium.

• 85% of all milk produced worldwide comes from cows

• The ancient Russian put a frog in a bucket of milk to prevent it from going sour.

• Finland is the top milk drinking country in the world. An average Finnish drinks about 95 gallons of milk annually.