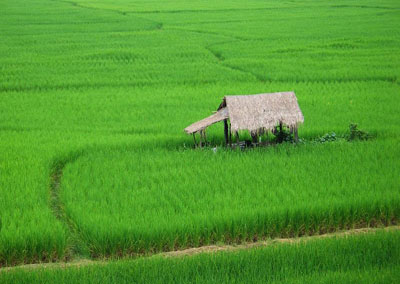 The Food and Agriculture Organization (FAO) of the United Nations was founded in 1945. To mark this momentous event the 16th of October each year is celebrated as World Food Day. The day is also famously known as the Food Engineer day. The World Food Day (WFD) was recognized by FAO's Member Countries at the 20th General Conference of the Organization's in November 1979. The event was ideated by Dr. Pal Romany, the former Hungarian Minister of Agriculture and at the Food Hungarian Delegation a constituent of the 20th Session of the FAO Conference. The day has since habitually observed in more than 150 countries world-wide and raises different issues for discussion for the global misery of hunger and poverty.

Starting 1981, World Food Day has a major theme directing its events and course of actions each year. The theme for 2012 WFD is "Agricultural cooperatives - key to feeding the world". Most themes are primarily circled round agriculture because the grand hope of bettering the condition and mass availability of food depends and derives from bulk investments in agriculture coupled with support for the education and health sectors. In-spite of being the backbone for sustaining global human civilization the agriculture and food sector is plagued with the dilemma of dwindling investment and a general nonchalance to the cause. This is the reason why the agricultural sector has been starved of foreign investment. The sector has been practically parched of foreign aid and showing rapid rates of decline in the past 20 years. To build an adequately provided for generation we need a sound food system and for which investment will have to directed for the public sector.

The event is subjected to various interpretations in different countries like United States of America, Asia, Africa, Europe and Latin America. In the USA World Food Day has been a tradition spanning for the year 1981. It is supported by 450 voluntary organizations across the state of America. One example is the World Food Day Dinners organized in Oxfam, America. In Italy, ministries, universities, research agencies, international agencies and NGOs have set-up various conferences as well as exhibitions and symposia. In Germany, the Federal Ministry of Consumer Protection, Food and Agriculture have all contributed to the participation by virtue of press conferences. Spanish television has been active in broadcasting events. FAO Goodwill Ambassador - Spanish soccer star Raul - has taken part in events and helped highlight food-security issues in his country. In the Central African Republic the President of the Republic has inaugurated a bridge at Boda to coincide with World Food Day, making the agricultural production area more easily accessible.

In Asia the government of Bangladesh had organized Food Festivals, while in Mexico in Latin America a National Campaign for a "Mexico without Hunger" was held in 2005. this aside many countries have also organized various seminars, exhibition, demonstrations and even hosted open-forum discussion panels to acquaint the general mass and the discerning individual with the problems associated with the food industry and how to generate more awareness towards financing and economically aiding the agricultural industry.