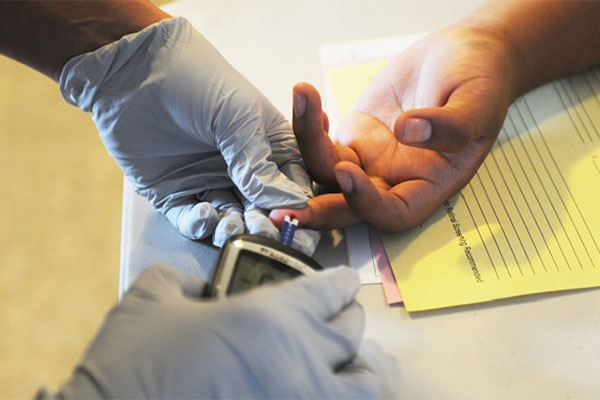 Do you know Diabetes affects more than 400 million adults across the world? According to statistics by the International Diabetes Federation (IDF), about 642 million people will have Diabetes by the year 2040 if everything is to remain as it is today. In an attempt to deal with these worrying figures, the World Diabetes Day was established. Observed on November 14th every year, the day aims at spreading awareness about diabetes and ways to prevent it. The entire month of November is also regarded as the National World Diabetes Month.

Diabetes is a life-long disease that impacts how the body handles glucose, a type of sugar in the blood. Diabetes occurs when the blood glucose is too high. Blood sugar comes from the food we eat, and it is the primary energy source in th'e body. Although glucose is good for our body, too much of it in the blood causes health problems. Insulin which is a type of hormone made in the pancreas is responsible for helping glucose get absorbed into the blood cells and fuel the body with energy.

Although signs and symptoms vary depending on the age of the patient and the type of diabetes one has, these are the key symptoms in most diabetic persons. - Frequent urination - Increased hunger - Increased thirst - Blurred vision - Numbness or tingling of feet - Weight loss - Slow healing of wounds

There are several types of diabetes. If little or no insulin is produced, it causes glucose to stay in the body without reaching the cells. The resultant is Type 1 diabetes. This type of diabetes is common in children and young adults. The patients require to take insulin every day to maintain the energy supply in the body.

Other times, the pancreas makes insulin, but the cells fail to use the insulin the right way. Doctors call it insulin resistance and it causes Type 2 diabetes. This is common in middle-aged and older people and accounts for about 90% of all World diabetic cases.

Gestational diabetes develops in pregnant women but goes away after the baby is born. However, women who are diagnosed with gestational diabetes have a high chance of developing Type 2 diabetes later in life. Other types of diabetes though rare include cystic fibrosis-related diabetes and monogenic diabetes which is a form of inherited diabetes.

In 1991, the World Health Organization and the International Diabetes Federation (IDF) partnered and created the World Diabetes Day. The holiday was in response to the drastic rise of diabetic cases across the world. On December 20, 2006, the UN passed a resolution that designated November 14th as World Diabetes Day. The date was chosen since it marked Sir Frederick Banting's birthday. Banting discovered insulin and used it for the first time in humans. Following this, the first World Diabetes Day was celebrated on November 14, 2007, and has been observed annually since then.

By the year 2016, more than 160 countries and territories, as well as non-profit organizations, healthcare professionals, celebrities, and politicians, had embraced this initiative.

Every year, the International Diabetes Federation chooses a unique theme related to diabetes. Some of the past themes include diabetes and lifestyle, diabetes and human rights, diabetes and obesity, diabetes in children among other topics.

According to the WHO reports, approximately 422 million people worldwide live with diabetes, and nearly 4 million of them die every year. For this reason, the objectives of World Diabetes Day are two: - To promote the IDF advocacy efforts throughout the year - To encourage the essence of collective efforts to face diabetes as one of the most critical global health issues

How to Celebrate World Diabetes Day

Get yourself tested of Diabetes on this day. If you have any traces of the diabetes symptoms as mentioned above, it's high time you know your diabetes status. Additionally, if you are underweight or obese, consult a doctor since you are at a higher risk of getting Type 2 diabetes. So, use World Diabetes Day as a reminder to get tested.

Learn about ways to lower your risk of developing diabetes. Take the initiative to eat healthily, exercise regularly, eliminate processed and foods with high sugar content in your diet and most importantly, monitor your blood pressure and cholesterol levels regularly.

You can also participate in World Diabetes Day awareness events and activities happening near you. The American Diabetes Association runs fundraising activities across the US as a way to deal with the diabetes menace. Take the opportunity to give your donations and also encourage others to give funds for the noble course. Remember to wear blue wristbands, ribbons or t-shirts since blue is the color that represents diabetes.