When is World Television Day in 2023? 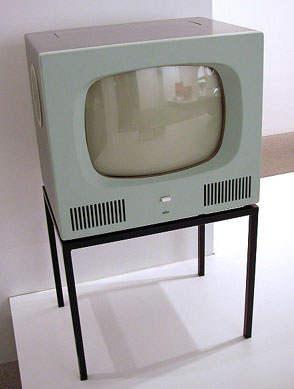 The first World Television Forum was held in 1996. Following the forum a resolution was passed in the United Nations General Assembly in the month of December in 1996 by force of which 21st November was henceforth effectively organized as the World Television Day. This was an acceptance of the vast reach and impact of geo-televisual communication on the present world scenario and hence World Television Day was adopted as yet another symbol of the power constituted in new media.

The United Nations however adopted the day and proclaimed for its celebration on the 21st of November worldwide. This was implemented in recognition of the increasing impact television has on the process of decision-making. This was done by alerting world attention to conflicts and threats to peace and security and its potential role in sharpening the focus on other major issues, including economic and social issues. Television was thus acknowledged as a major tool in orienting, channeling and motioning public opinion. Its impact and presence and its influence on world politics could thus not be denied. On the 21st and 22nd November 1996 the United Nations held the first World Television Forum, where leading media figures met under the auspices of the United Nations to discuss the growing significance of television in today's changing world and to consider how they might enhance their mutual cooperation. That is why the General Assembly decided to proclaim 21 November as World Television Day - to commemorate the date on which the first World Television Forum was held.

The World Television Day is not that much a celebration of the tool but rather the philosophy which it represents. The television represents a symbol for communication and globalization in the contemporary world. It represents how global communication has been a major element in shaping central international issues and being a principle determinant of world economy and inter-national dialogues. The celebration also underlines the ever increasing demands of communication and the dissemination of the policies of the organization.

The celebration highlights how communications have become one of today's central international issues, not only for their relevance to the world economy, but also for their implications for social and cultural development. The celebration also underlines the ever-increasing demands faced by the United Nations to address the major issues facing humankind - and that television - as one of today's most powerful communications media, could play a role in presenting these issues to the world. The television as a major tool for geo-televisual communication also provides a great platform for the addressing of social, cultural and economic issues of national and trans-national concerns. Television as an instrument provides entertainment as also a platform for debating, presenting and discussing issues which concern and involve world citizenry as a whole.