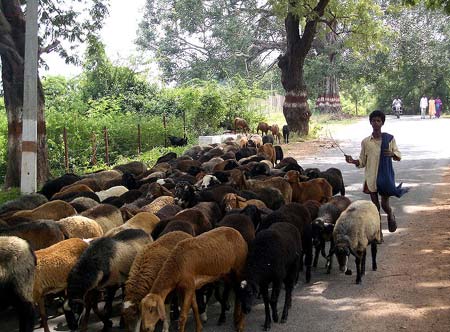 World Animal Day or unofficially world animal lover day is a cause for celebration for anyone who loves animals-irrespective of their national, geographical or religious beliefs. The day was formulated at a convention of ecologists in Florence as a method of highlighting the plight of endangered species. October 4 was thus chosen as World Animal Day and quite appropriately so as it is the Feast Day of St Francis of Assisi, the patron saint of animals. But this in no way makes it a religious festival, though of course it does speak a religion, the religion of love towards animals.

The day is celebrated variously in different countries the world round. The ease of media and telecommunication has made the spread of the event emphatically faster and with the hope of greater results and changes in world attitude in cruelty towards animals. A great thrust has been the launch of the official website of World Animal Day on the 4th October 2003. The website has been a major conduit in successfully disseminating the philosophy of the event to a greater audience worldwide. Besides the website also lists a conglomerate of countries and events which can be participated in. one important motive of the event is to bring together and harmonize animal welfare movements worldwide and provide a platform to the concerned to take up steps as an individual, as a group or as a community. The main concern as enunciated by the animal welfare day organization is to celebrate and be thankful to the animal life in all its multifarious forms, to value and preserve humankind's relationship with the animal kingdom and most importantly to acknowledge the various indispensable life-sustaining roles animals play in our lives-of being our pets, our friends and companions. To be conscious and grateful of the precious completeness which animals enrich our life with, to make it a wholesome unit.

The World Animal Day thus works in cooperation with many concerned organization worldwide and is also greatly endorsed and supported by national and international celebrities. Press coverage and media events are also hiking the appeal and sensibility of the event and making a considerably relevant issue to direct attention on in the contemporary times. The World Animal Day website also encourages autonomous initiatives to install the event. For instance interested individuals can log onto the website and get ideas and organizational know-how form expert administrators on the website. Once successfully planned, one can also advertise and publicize the event for free on the web-site, thus gathering a multitude of support for the cause.

To accelerate the process of invoking global concern towards the plight of animals and to unite animal lovers worldwide the Word Animal Day also attempts to appoint a World Animal Day Ambassador in all participating countries of the world. These ambassadors will be instrumental in uniting animal welfare movement the world round, embracing all animals and the unique concerns of each and everyone in every country. This will be a major step forward in coalescing divergent concerns of animal welfare into a single homogenous unit which will greatly improve the work of the organization to galactic heights.